Cian O'Neill: 'Not a great but a gutsy performance' 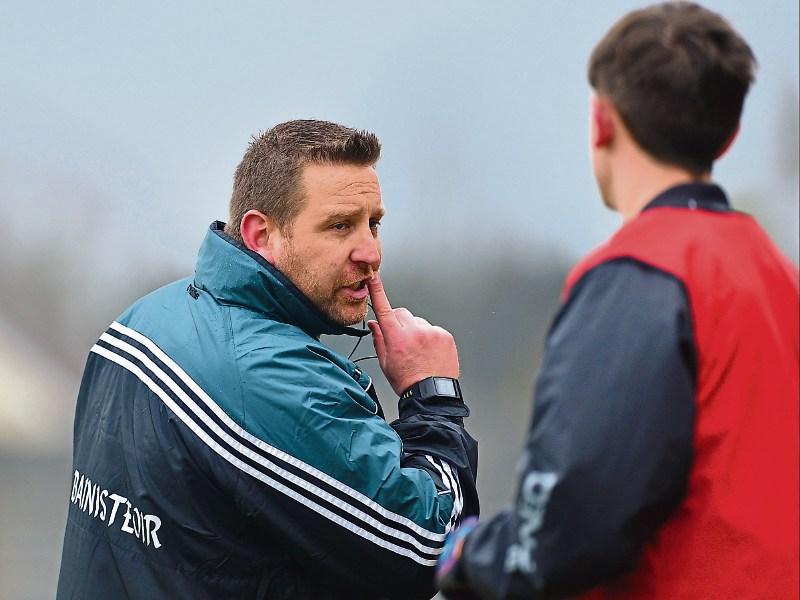 Cian O'Neill: 'Our focus was on redemption'

Cian O'Neill said Kildare showed courage but that there is still much scope for improvement following their victory over Offaly.

“We were definitely more attack minded today for the simple reason we did not play two men back at all but were always conscious to have one extra man back” he said after Saturday's game.

However he was quick to point out “we were not playing Dublin and we will not be playing them next either and if that is the responsibility I need to bear as a coach; that was the rationale for our defence (against Westmeath) but we felt we did not need to play that way today.”

Adding: “but we conceded two goals so we need to look at that as they were from errors on our behalf but I still feel we need to get that balance right between defence and attack.”

Was the manager worried when Offaly drew level?

“Of course it would be pointless to say we weren’t because at that stage, and I said it before, it is immeasurable when momentum goes against you it takes something really big and important to break it and once again, similar to Westmeath, Offaly did not do anything different or special to get into that position we just made silly errors; the other difference from today and the last day was the fact that the lads that came on all played their part to a man today they all contributed, whether in defence or attack.”

While extremely pleased with the performance and the win O'Neill was also very conscious of the fact that Kildare conceded two goals.

“I am aware of what we can do when playing an attacking game but I am also fully aware of what can happen when you play against better teams; I thought today the balance was good; the goal came from a simple turnover; I think we can do well with that type of system that we played today which is more attack minded but you do have to be conscious against better teams; teams that have been around at the top level; they could punish you very quickly with some of the mistakes we made today; because it wasn’t a great performance; it was a gutsy performance; it was a championship performance; a backs to the wall performance but we still let them in with some silly errors and that is something we need to be conscious of.”

A much relieved Cian O'Neill added: “Our focus going into today was redemption, we were so gutted, more than anyone could believe after the last day and I think that was our driving force, I think the most important thing for us was to get over today and see how we go from here.”

For match report, analysis, pictures and comment from Saturday's win over Offaly, and a look ahead to the Mayo challenge, see this week's Leinster Leader. In shops now.