Read all about her favourite Kildare things 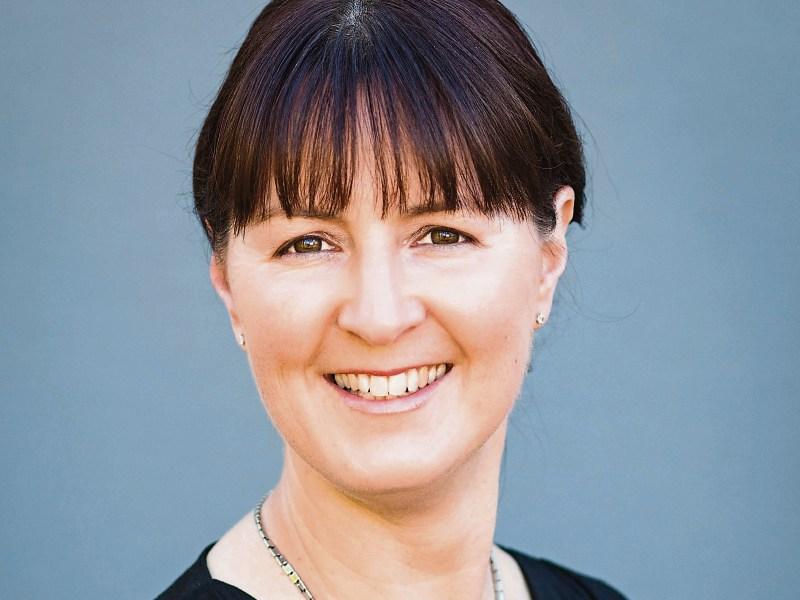 Orla is an award-winning author now living in Newbridge. She recently launched her second book The Flight of the Wren.

Orla is the daughter of Barbara and John. She grew up in Portadown, Co Armagh, in the 70s and 80s. She  did five years of secondary school in St Patrick’s Girls Academy in Dungannon, with sisters Paula, Sonniva and Ciara, and a final two years at Armagh Tech. She is the fourth of six children, with two younger brothers, Patrick and Ronan.

The first time I was ever in Kildare was in fourth year of veterinary college. We all piled onto two buses and were brought out to visit the National Stud and the training yard of John Oxx, on the Curragh. I never could have imagined what an effect that day would have on my life. My husband-to-be, Patrick McGrath, got on that bus a cattle-man, and got off it again, eight hours later, determined to become a racehorse vet instead.  And here we are. He has been with Somerton Equine Hospital on the Curragh since 1996, and I have lived in Newbridge since we married in 2002.

Would it be wrong to say Lily O’Brien’s chocolates? No, seriously, I feel so privileged to live close to the Curragh. I spent a few days lately with a writer friend, Alex Reece Abbott, who came over to launch my novel, The Flight of the Wren, in Woodbine Books, Kilcullen. So, of course, I had to take her on a tour of the Curragh to show her all the spots that are relevant to that book, which features the Curragh Wrens. Seeing the landscape, and the wildness and the scenery afresh through her eyes reminded me what an incredible place it really is, right on my doorstep.

A long, luxurious lie-on in bed (which never happens), maybe in the Killashee Hotel, followed by breakfast. A gallop across the Curragh Plains (which I’ve never done). A thousand euro to spend in Woodbine Books, Farrell and Nephew, and Barker and Jones (which wouldn’t buy half the books I want.) And a pint of Guinness in O’Rourke’s pub after singing with the Nás na Rí Singers (where I’m an alto) at a Celine Byrne concert.

I very rarely eat out but when I do, I almost always choose Jaipur on the back street in Newbridge. It never fails.

HOW DID YOU GET INTO WRITING?

I started writing my first book, The Accidental Wife, after my father died in 2012, to preserve his unique voice, his very traditional turn of phrase, his stories and his fantastic repertoire of curses and insults. I knew my children would grow up without hearing his voice, so I wanted to record this disappearing way of speaking. A sequel to that book, called Full of Grace, is coming out next Spring and it is also written in rural Northern Irish dialect.

WHAT HAS THE REACTION BEEN LIKE TO YOUR NEW BOOK?

My new book, The Flight of the Wren, was published last month by Red Stag/Mentor Press in Dublin and was launched in Woodbine Books on 19th September as part of Kildare Culture Night. The Mayor, Cllr Sean Power said a few words, and the Culture Night ambassadors Eric Donovan and Inni-K attended. The book is absolutely flying off the shelves. It’s phenomenal. I’d been told for four years that the book wouldn’t sell, and that no-one would be interested in the story of the Curragh Wrens. By luck and chancing my arm, I sent a copy to Ryan Tubridy, who loved the story, and after an interview on his show, we had to reprint another batch of the novel, even before the official launch date. I’m so proud to be able to share the story of the Wrens with the world. I am hosting an event at Newbridge Library, 11am Saturday 6th October, as part of Kildare Readers festival. Martin Malone (novelist), Ann Egan (poet) and I will all discuss what the wrens mean to us and how we came to write about them.