My Kildare Life Interview: Boxer Eric Donovan on the struggles of school as a child 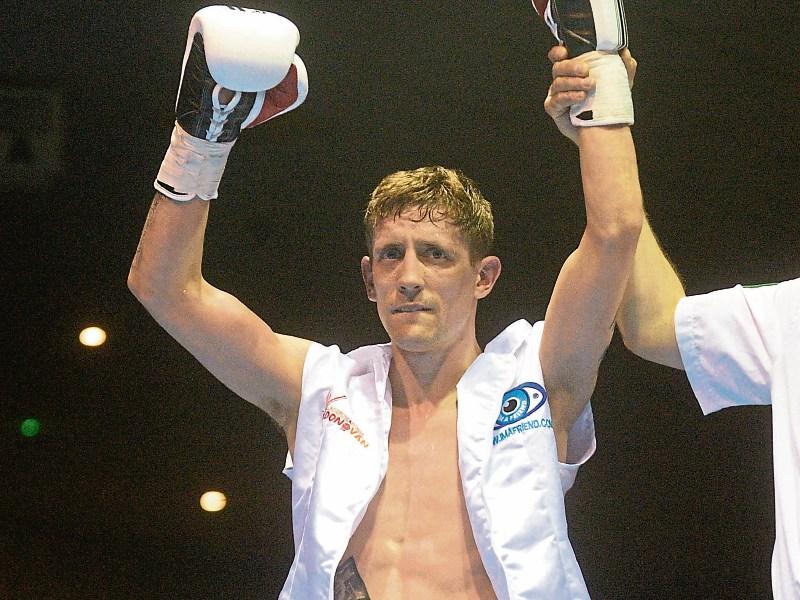 Eric Donovan, or Lilywhite Lighning as he is commonly known, won his first professional belt in September.

Eric is the son of Johnjoe from Athy and Philomena from Kildare Town, and has five siblings.

Here he chats all things growing up in Kildare.

What is your first Kildare memory?

I have this memory of the public park in Athy. I used to love going down there, and my earliest memory would have been when I was taken out of school to go to the dentist or doctor, but I had a badge on me that said ‘well done today’. But there were another two or three guys up in the park with their parents too, and we would have only been in junior infants or seniors, and we were all running around the park with our badges on saying ‘well done at the doctors today’.

I found it very challenging because I suppose I struggled in school, academically I wasn’t very in tune. There was no real emphasis or importance put on the education, so I kind of struggled in that area. Lucky enough I was able to get back into in later in life as a mature student. I found school difficult, but I found growing up in Clonmullen a very fun and enjoyable experience. Boxing was the real saviour for me. When I found the boxing club I found a direction. That was a very positive influence on my life.

Is there any famous Kildare person you admire?

I remember there being a good buzz when the Kildare team called to my secondary school when they won the 1998 Leinster Championship. Christy Byrne was on the team, the goalkeeper at the time, he was just from the parish outside of Athy called Kilberry.

Where is the best place to go in Kildare?

Somewhere I hadn’t been since I was a kid was the Japanese Gardens, and National Stud. I went with my girlfriend last month, we really enjoyed it. I remember being there as a kid and actually loving it.

Favourite place to eat out?

There are so many different restaurants. One of my favourites lately is the Tapas in Naas.

What is your favourite thing about the county?

During my last fight, my entrance song was The Curragh of Kildare before I came into the ring, and it got the hairs standing up on the back of my neck. I just love the culture, and the richness, and the heritage of Kildare, and I was so proud to do Culture Night ambassador for the county. I think it has some amazing sportspeople and musicians, I’m just a very proud Kildare man!