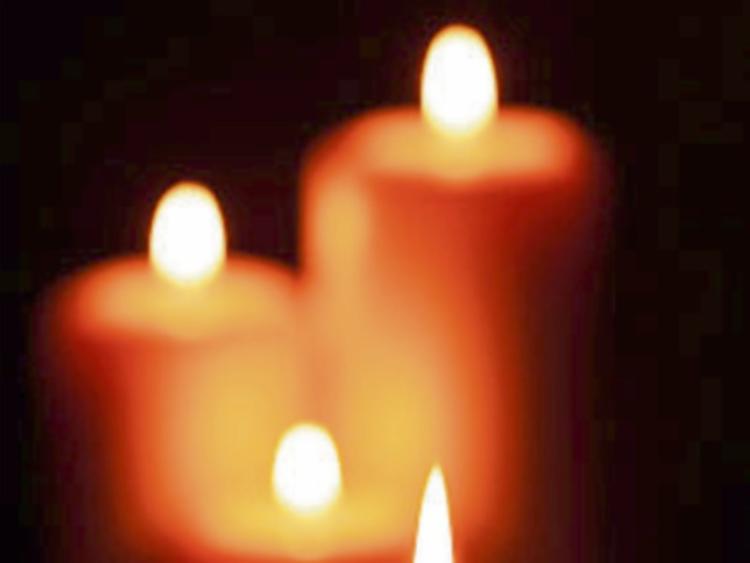 Peacefully in the care of her loving family. Sadly missed by her loving husband John, son David, daughter Sharon, daughter-in-law Emer, grandchildren Jack, Leah and Charlie, sisters Doris and Bernadette, brother Michael, brothers-in-law, nephews, nieces, relatives, neighbours and friends. Reposing at her family home from 4pm on Friday with Rosary at 8pm. Removal on Saturday morning at 10am to arrive at St. Conleth's Parish Church, Newbridge for Requiem Mass at 11am. Burial afterwards in Saint Conleth's Cemetery, Newbridge. Family flowers only please. Donations, if desired, to the friends of Naas General Hospital. Donations box in church.

Beloved wife of the late James (Jim). Deeply missed by her loving sons Shane and Paul, sisters Maura, Peg and Carmel, daughters-in-law Mary and Miriam, grandsons Adrian and his partner Neringa, Barry and Cillian and his partner Sinéad, brothers-in-law, nieces, nephews, relatives, and friends. Reposing at her son Paul’s home in Roseville, Naas on Saturday from 3pm to 7pm and on Sunday from 3pm with prayers at 7pm. Removal on Monday morning at 9.30am arriving at The Church Of Our Lady and St. David, Naas for Funeral Mass at 10am. Burial immediately afterwards in St. Corbans Cemetery, Naas.