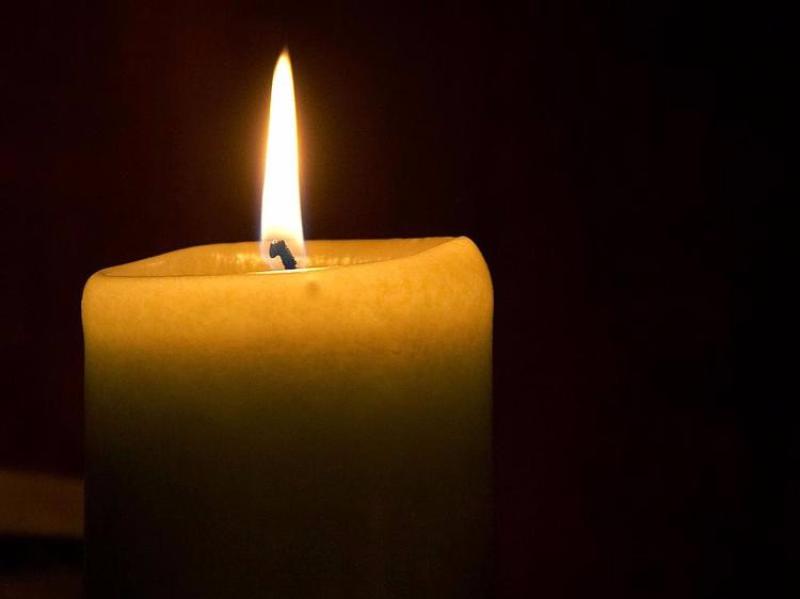 The death has occurred of Eamonn Richardson, Kilcock. Son of Roseleen and the late Gerry and brother of Bernie (Paddy), Patrick (Jean), Lorraine and Stephen. Loving dad of Dean and partner of Jenn. Deeply regretted by his loving family and extended family.

Reposing at William Ryan & Sons Funeral Home, Church St., Kilcock on Tuesday from 4pm to 8pm with rosary at 7.30pm. Funeral Mass on Wednesday morning at 11am in St Coca's Church, Kilcock followed by burial in St Joseph's cemetery.

Family flowers only please. Donations, if desired, to Cystic Fibrosis.

the death occurred on Monday, January 9, of Mortimer (Monty) Shea, of Bishop Rogan Park, Kilcullen and formerly of Kenmare, Co Kerry, and Wembley, London. He passed away peacefully at Naas Hospital, surrounded by his family.

Reposing at Glennon's Funeral Home, Newbridge from 4pm on Wednesday. Removal on Wednesday evening at 5.15pm to arrive at the Church of the Sacred Heart and Saint Brigid, Kilcullen at 6pm.

Funeral Mass on Thursday at 11am followed by cremation at Mount Jerome Crematorium, Harolds Cross.

Family flowers only please. Donations, if desired, to The Friends Of Naas General Hospital. Donation box in church.

Reposing at his home from 2pm Tuesday with rosary at 8pm. Removal from his home at 10.40am to St Ita's Church, Kilmeade for Funeral Mass at 11am on Wednesday, January 11. Interment afterwards in adjoining cemetery.

The death has occurred of Rose Farrell, Lakeside Park, Newbridge, and late of Ceannt Tce, The Curragh Camp. She passed away peacefully at Naas Hospital, aged 95, on Monday, January 9.

Reposing at Anderson & Leahy Funeral Home, Newbridge from 2pm on Tuesday with prayers that evening at 8pm. Removal on Wednesday morning at 11.15am to arrive at St. Brigid's Church, The Curragh Camp for Mass at 12 noon. Funeral afterwards to St. Joseph's Cemetery, Mountmellick, to arrive at approximately 1.45pm. Family flowers only please, donations, if desired, to Ben & Jake Connolly Trust, Donations box in the church.

The death has occurred of Elizabeth Kenny, née O'Toole, of Forest Park, Athy, and formerly of Hacketstown, Carlow.

Reposing at her residence from 2pm today, Tuesday, with rosary at 8pm. Removal on Wednesday morning at 10.30am to arrive at St Michael's Parish Church, Athy, for Requiem Mass at 11am. Burial afterwards in St. Michael's New Cemetery, Athy.

The death has occurred of Margo Clarke, née Cronin, of Beatty Park, Celbridge, and late of Perrystown, Dublin. She passed peacefully in the care of the staff of Harold's Cross Hospice and the Hermitage Clinic. Wife of the late PJ, deeply regretted by her daughters Breige, Marie and Mai, grandchildren Hazel, Jo, Mark, Siobhan, Ciara and Finola, brothers Jack and P.J., sons in law Colm, Steve and John, extended family and friends.

Reposing at Carroll and O Neill Funeral Home, "Thornhill", Maynooth Road, Celbridge on Tuesdayfrom 6pm until 8pm. Removal on Wednesday, January 11, at 10.30am to St Patrick's Church, Celbridge arriving for Funeral Mass at 11am. Burial afterwards in Palmerstown Cemetery.

Family flowers only please. Donations in lieu, if desired, to Harold's Cross Hospice.

In accordance with Margo's wishes and to celebrate her long life, both Margo and her family would like everyone who is attending the funeral to wear bright clothing please.

The death has occurred of Elizabeth (Lily) Murray, Woodview, Rathangan and Leixlip. She passed away on Saturday, January 7, at Naas Hospital, following an illness.

Beloved wife of John, mother of Dominic, Denise, Michael and Maeve and mother in law to David and June, and grandmother to Daniel, Caitlin, Yamuna, Luke, Jack and Luca.

The funeral mass took place on Tuesday, January 10, at 10am at the Church of Assumption and St. Patrick, Rathangan, with burial afterwards at Confey Cemetery, Leixlip

The funeral took place last Sunday at the Church of the Sacred Heart and St Brigid, Kilcullen, at 11am, with interment afterwards at St Brigid's Cemetery, Kilcullen.

The death occurred last Thursday, January 5, of Joseph McCarthy, late of Naas and of The Forge, West Street, Tallow, Co Waterford. Mr McCarthy was a retired member of An Garda Síochana.

The funeral mass took place to the Church of Our Lady and St. David, Naas, for 10am yesterday, Monday, followed by burial in St Corban's Cemetery.

The death occurred last Friday, January 6, of Ellen O'Brien, née Brereton, of Inchicore and late of Donadea. She passed away peacefully in her 96th year at Rye Valen nursing home. The beloved wife of the late James, regretted by her loving daughters Maureen, Eileen Etna and Jospehine, son Dermot, extended family and friends.

Her funeral took place at St Michael's Church, Inchicore, this morning, Tuesday, at 11am, followed by burial in St Benignus cemetery, Staplestown.

William (Bill) Farrell of St Corban's Place, Naas, passed away on Thursday, January 5. Sadly missed by his loving sisters Anne and Jo, and extended family and friends. The funeral mass took place last Sunday, at 11am in the Church of Our Lady and St David, Naas, followed by burial in St Corban's Cemetery, Naas.