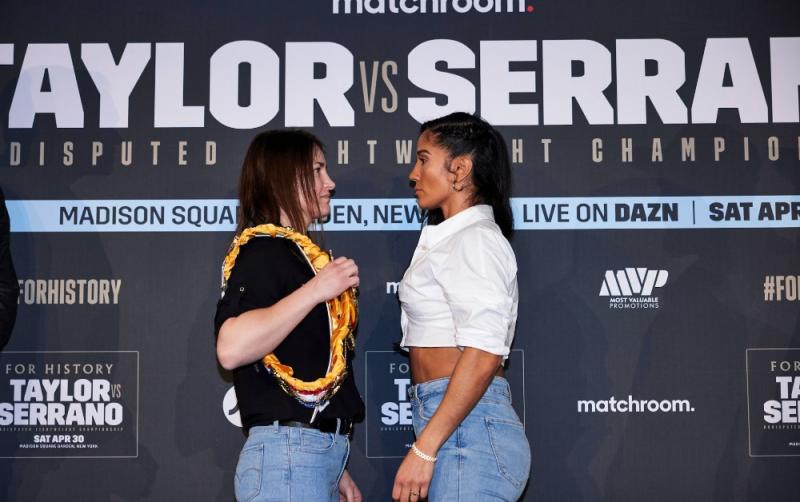 Taylor, who will go to battle against Serrano in the biggest women's boxing fight of all time, will defend her lightweight belts in the main event at MSG.

It will be the first time female boxers have topped the bill at the iconic New York venue, with close to 20,000 boxing supporters expected to be in attendance.

The Bray native will aim to continue her unblemished 20-0 record since turning professional in 2016. 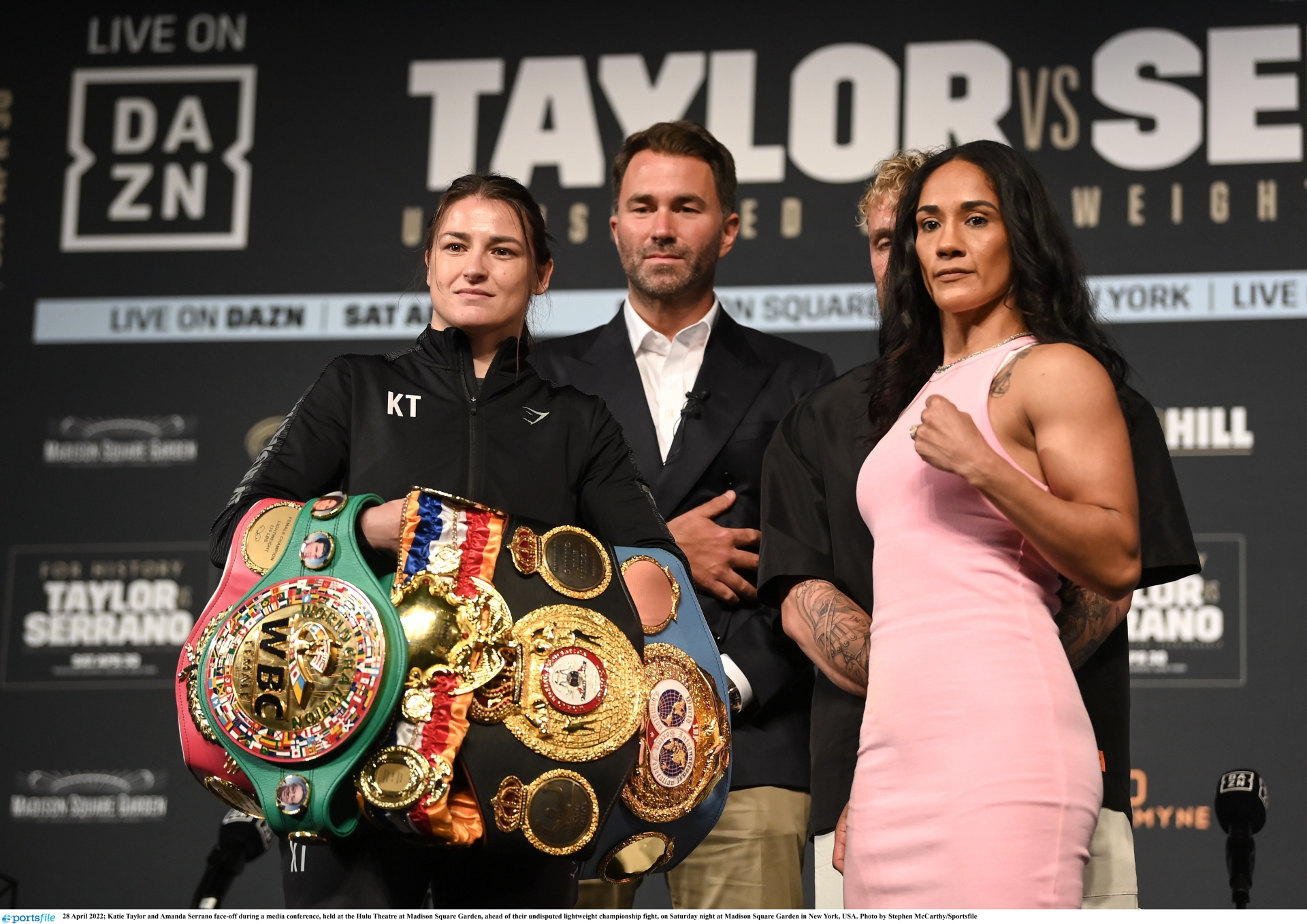 The main event is expected to take place around 3am Irish time. 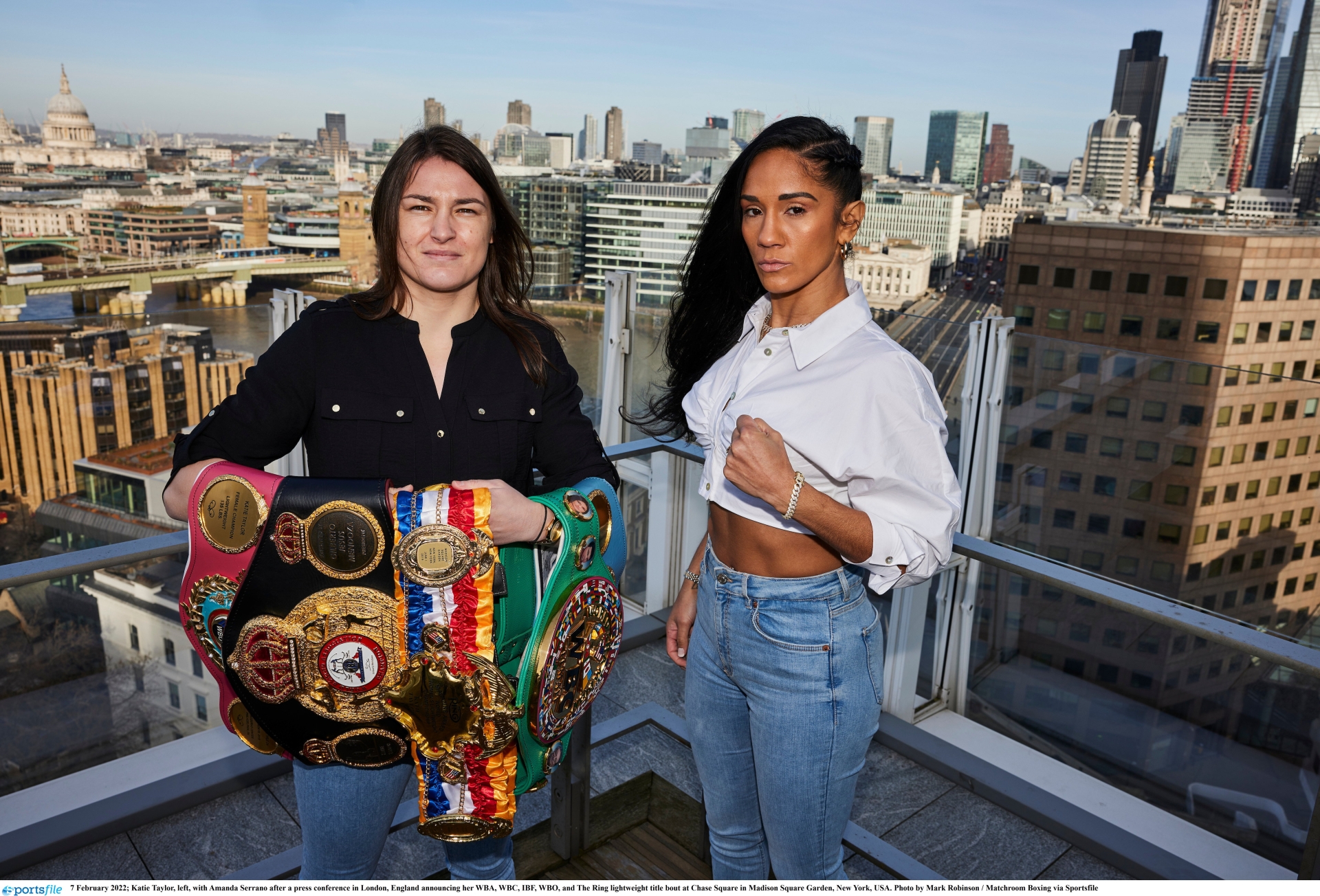 The fight will be streamed exclusively live on DAZN. A subscription costs €7.99 a month in Ireland. 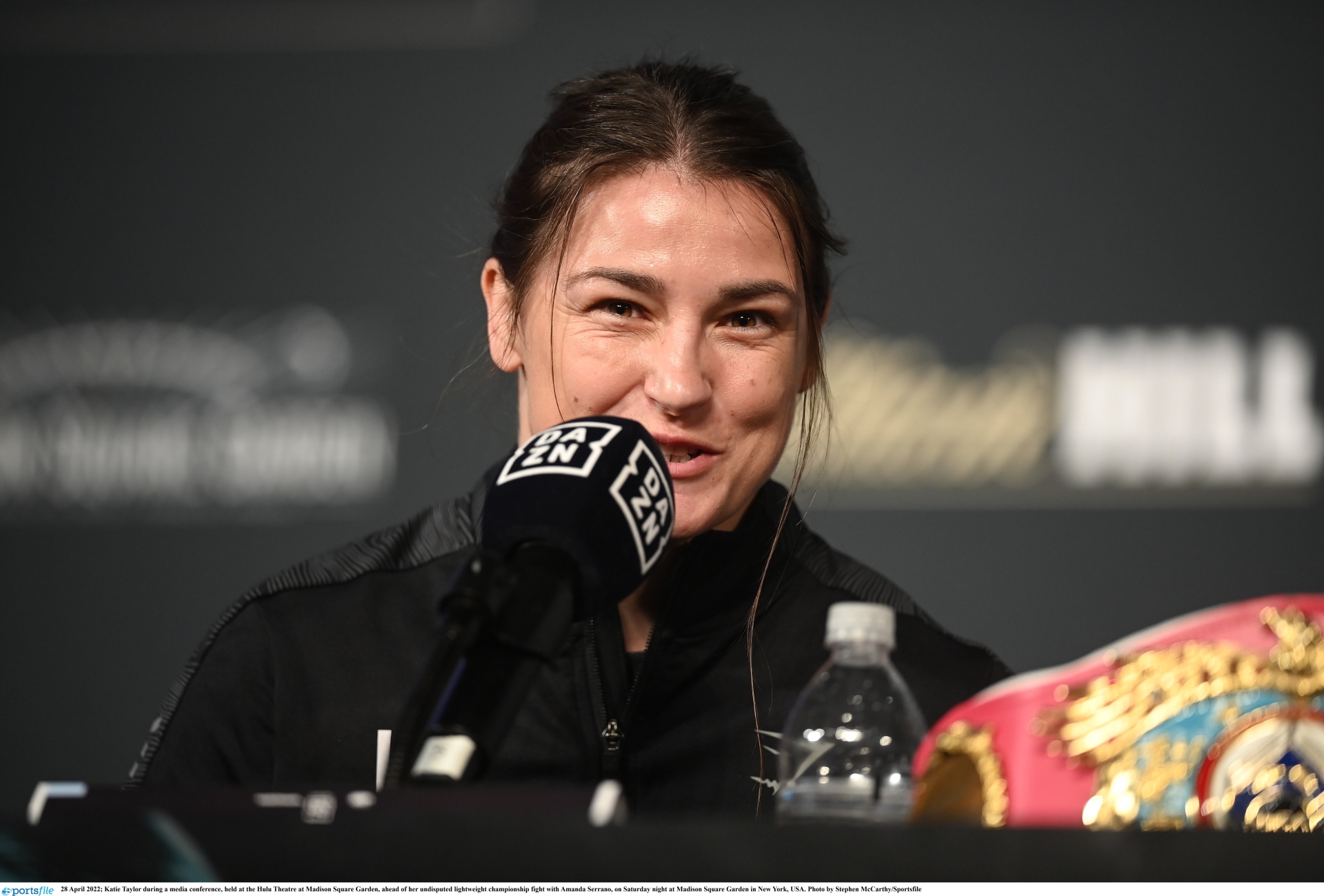 “This has been dubbed as the biggest fight in female boxing history and ever since it was announced you can feel the buzz around this fight," Taylor said.

“I think I was born for fights like this and although it’s a huge responsibility, it’s an absolute privilege to be a part of such a huge occasion and I just can’t wait.

“This is one of the reasons – a 50/50 fight, the biggest fight in the sport right now – why there’s so much excitement about it.

“But my will to win, my desire, my heart, my grit, that will see me through.”

Taylor is expecting a huge Irish crowd to be in attendance in New York this weekend.

“I think every single Irish person I know right now is actually coming over for the fight.

“I think the stadium will be packed with Irish people and the support will be incredible. The whole stadium is going to be full of Irish flags and that just adds to the excitement for me, the magnitude of it.

“The support I’ve had from everyone back home, ever since my amateur days, has been incredible. The fact that they’re all travelling over for this fight as well is amazing. This is going to be a very special night.” 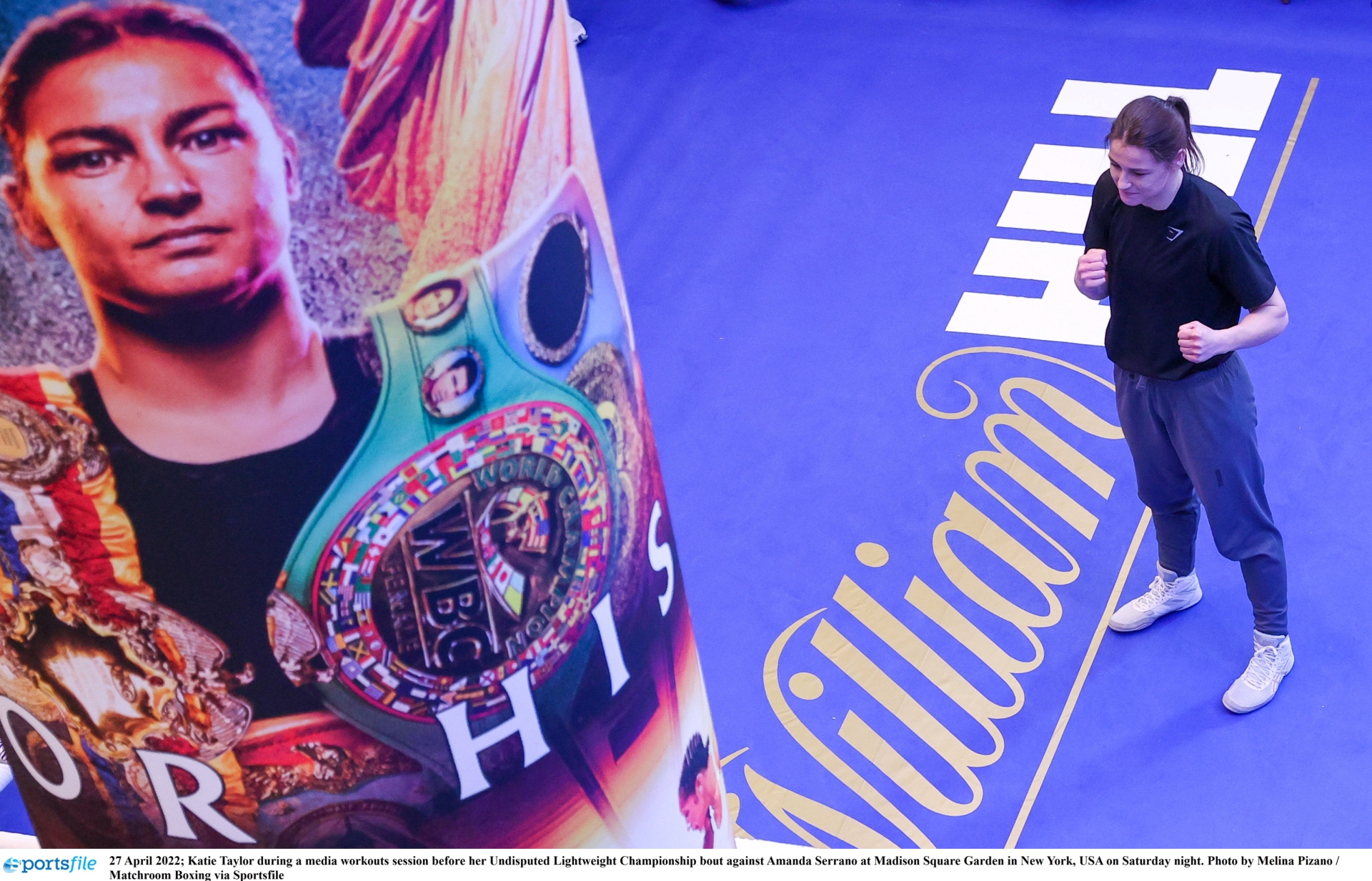