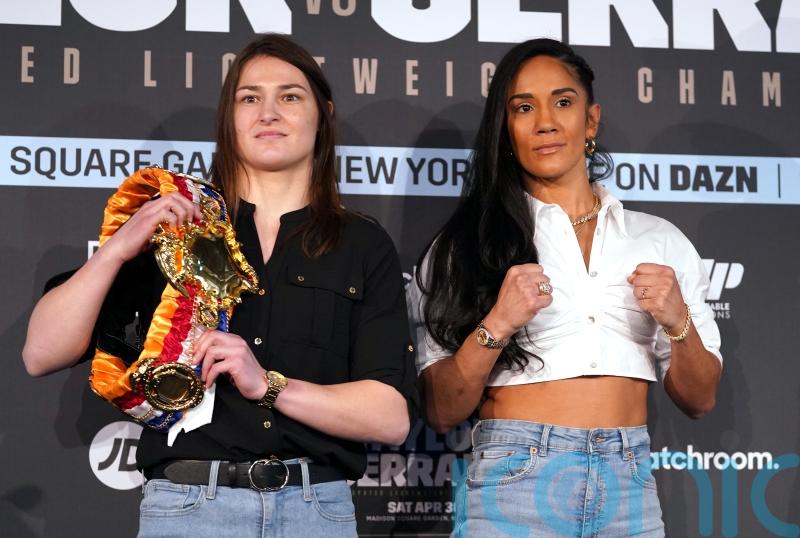 Katie Taylor has promised a career-best performance befitting of the occasion when she makes boxing history on Saturday at Madison Square Garden.

Taylor, 35, the undisputed world lightweight champion, will put all her belts on the line against Puerto Rico’s seven-weight champion Amanda Serrano.

It will be the first time female boxers have topped the bill at the New York venue and Taylor said “This has been dubbed as the biggest fight in female boxing history and ever since it was announced you can feel the buzz around this fight.

“I think I was born for fights like this and although it’s a huge responsibility, it’s an absolute privilege to be a part of such a huge occasion and I just can’t wait.”

When London 2012 gold-medallist Taylor defeated Belgium’s Delfine Persoon in 2019, she became only the eighth boxer during the four-belt era, male or female, to hold all the world titles – WBA, WBC, WBO and IBF – at the same time.

Serrano, 33, the unified featherweight champion, has held nine world titles across seven different weight divisions and has won 42 of her 44 professional bouts, with one draw and one defeat.

Taylor dominated her weight division as an amateur, winning five successive gold medals at the world championships and has an unblemished 20-0 record since turning professional in 2016.

The Bray native said: “I just want to be the best boxer in the world. This is the sort of challenge I’ve always wanted and this fight will determine who the best pound-for-pound fighter is.

“I want to be that person and will do whatever it takes to win this fight.”

On record, Serrano would appear to be the bigger puncher, having knocked out 30 of her opponents, while Taylor has stopped six.

“I think she’s known to be a big puncher,” Taylor said. “But I wouldn’t be concerned about that. I have a good chin.

“This is one of the reasons – a 50/50 fight, the biggest fight in the sport right now – why there’s so much excitement about it.

“But my will to win, my desire, my heart, my grit, that will see me through.”

Taylor is hugely popular in Ireland – she was her country’s flag-bearer before winning gold at London 2012 – and takes inspiration from her army of fans, who will be roaring her on at ringside. 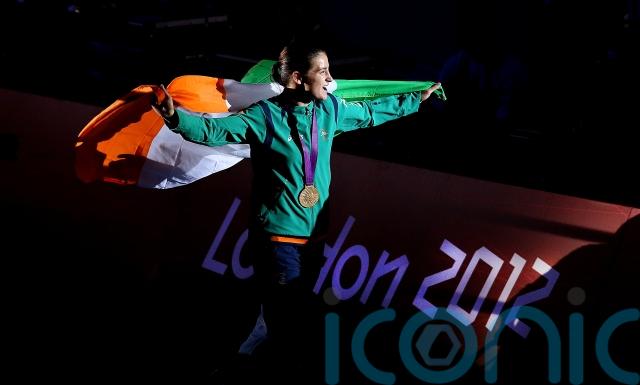 She added: “I think every single Irish person I know right now is actually coming over for the fight.

“I think the stadium will be packed with Irish people and the support will be incredible.

“The whole stadium is going to be full of Irish flags and that just adds to the excitement for me, the magnitude of it.

“The support I’ve had from everyone back home, ever since my amateur days, has been incredible.

“The fact that they’re all travelling over for this fight as well is amazing. This is going to be a very special night.”

You can watch Katie Taylor vs. Amanda Serrano live and exclusive on DAZN April 30th.