A Kildare native is taking on the challenge of a lifetime by climbing Croagh Patrick in ­a wheelchair to raise funds for both the National Rehabilitation Hospital for Adults and Children (NRH) and Spinal Injuries Ireland (SII).

43-year-old Lester Cassidy will take on the mammoth task with a little help from his family and friends on June 25.

In July 1998, Lester was tragically left paralysed from a workplace accident at only 19 years of age: the Kilcock local was working as an apprentice carpenter on the roof of a house in Leixlip at the time.

He explained: "The scaffolding gave way under my feet and I fell about 24ft. I'll never forget the sound of my back breaking... I knew I was in serious trouble."

The next day, surrounded by his devastated family and his then girlfriend Rachel, now his wife, a doctor said he had suffered irreparable damage to his spinal cord. 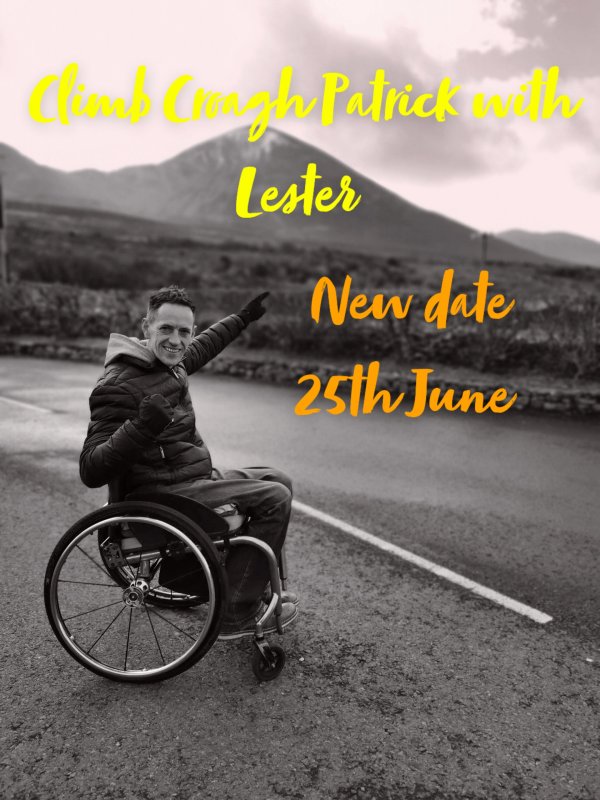 After a few weeks in hospital, Lester was transferred to the NRH in Dún Laoghaire: "The staff do the most amazing job to get the patient back to being as independent and healthy as possible. They are inspirational.

"SII also made a massive impact on my life as I was able to learn how to drive under their driving programme.

"Shortly after my release, Rachel (Lester's partner) and I went travelling the world. Then we settled down, built a house, and got married."

In 2008, the Cassidys welcomed twins Samuel and Anna Rose (13), and then, seven years ago, Isabelle came along.

He added: I’m a stay-at-home dad, and I love it. It's the most rewarding job in the world. My kids are everything to me"

Last year, the Cassidys were met with more bad news when a tumour was discovered on Lester’s brain.

Thankfully, Lester’s subsequent brain surgery was a success and he has since become even more emboldened to complete his Croagh Patrick challenge.

Kildare goalkeeper helps guide Bournemouth back to the Premier League

Funeral to take place on Monday

'I WON'T BE DEFEATED'

Lester’s message is simple; life is precious, and even an immeasurable tragedy can be overcome: "I had originally planned to do this challenge in 2020 but between COVID and my tumour surgery recovery I’ve had to postpone it until now.

"I won’t be defeated and I will complete this challenge."

To scale Croagh Patrick, a special buggy has been designed that will be pushed by teams of supporters working in shifts.

Those who wish to donate to Lester’s appeal can do at idonate.ie/LesterCassidy.