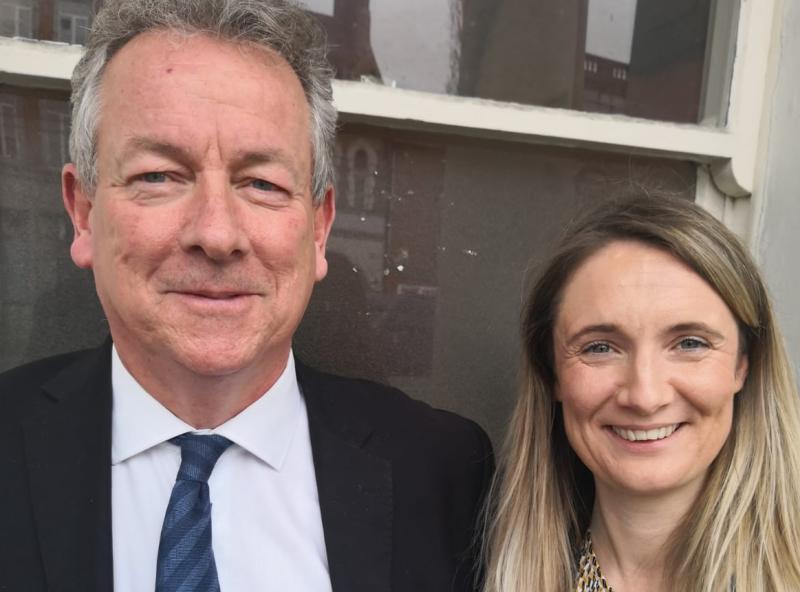 Tributes were paid at a recent sitting of Kilcock District Court to probation officer Lena Canty.

Ms Canty is leaving on promotion to take up a role as a Senior Probation Officer at Cork and Limerick Prisons, and initially started her career at Kilcock Court, when Judge Brophy was on the bench.

The court ceased for a time on her last day to allow the tributes which were led, on behalf of the solicitors there, by David Powderly.

"On behalf of myself and my colleagues we would like to wish her the best. If Lena couldn’t find the good in a person then there was a real difficulty."

He complimented her on her efforts to help her clients and also everyone in the court system and noted how she liked to travel, with stories from her from places as far apart as South America and Africa at various times.

Speaking on behalf of the court staff, Sandra Ryan said she wished Lena the 'very best of luck' in her new endeavours.

Visitors to town in Kildare 'don't know where to park'

Sergeant James Kelly, speaking on behalf also of Sergeant Brian Jacob and the Gardai, praised Lena Canty for having been helpful and courteous.

"I wouldn’t always be saying that prison is the best place to go but it’s an exception on this occasion," he quipped.

Aisling Murphy, on behalf of barristers at the court, noted that if Lena Canty’s replacement 'is half as talented and kind we will be doing very well, and we wish her the best.'

Judge Desmond Zaidan noted that Lena had worked for 14 years in the area and said she showed 'an understanding of peoples’ lives, and a great helpfulness to people' who had been referred to the Probation Service by various courts.

"It goes without saying that your great humanity adds a lot to the court….your understanding of human nature and so on.

"You have been here through cutbacks and have persevered: you see a lot of light in people and that’s a credit to you and it adds to the checks and balances that make up the court system.

"You are being promoted and will head a team of Probation Officers co-ordinating service-delivery in the prison. That’s very good and we wish you the best with it."

Lena Canty said it was 'bittersweet' to be moving on and added that she will miss everybody associated with the court.

"I’d like to thank everyone who has been so helpful to me and the Probation Service, everyone that is involved in the court," she said: "Thanks a lot for the kind words."