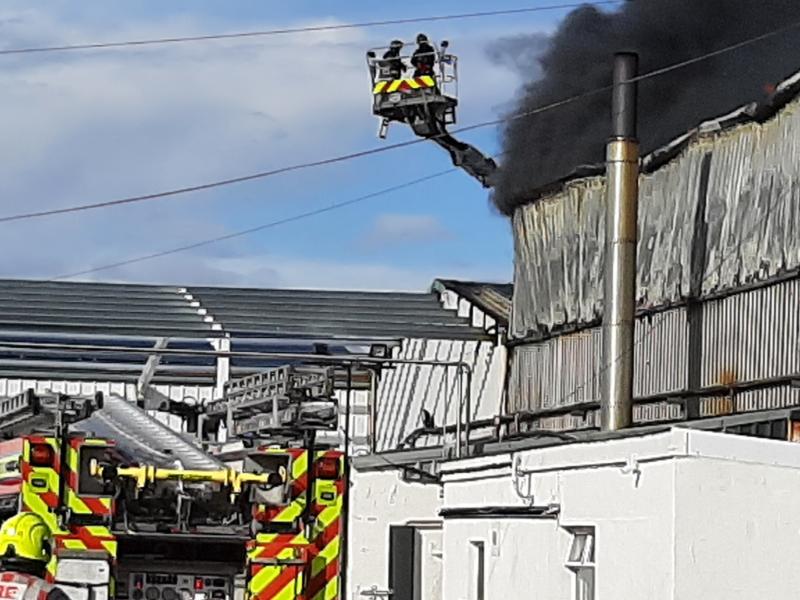 A Minister from Kildare has expressed his condolences to the food company Glenisk following a devastating fire that broke out in its Tullamore factory on Monday.

It was reported that the fire alarm sounded at about 11am on Monday morning at the Glenisk organic yoghurt manufacturing facility at Killeigh, where all 50 staff were immediately evacuated.

Fine Gael's Martin Heydon, TD, who is the Minister of State at the Dept of Agriculture, Food & the Marine, quote-tweeted a message on the official Twitter account for Glenisk to offer his sympathies to the company.

He said: "The resilience and optimism shown by Glenisk in the face of adversity has been heartening."

"I have no doubt they will bounce back," Minister Heydon added.

The resilience and optimism shown by @Glenisk in the face of adversity has been heartening. I have no doubt they will bounce back. https://t.co/16EyiC8FuL

Speaking on the fire, Glenisk director Gerard Cleary said on Monday that "basically everything" had been lost.

"It's devastating for all of us really at this point in time and we don't really know what to say," said Mr Cleary.

"We'll just have to see what we have and what we can salvage and then just start again.  That's all we can do."

He added that he was glad the plant's safety and emergency plans worked effectively: "We're just grateful to all the services, the fire brigade and the ambulance."

"Luckily no one was injured in any way so we're very thankful for that."

The cause of the fire has not yet been determined.

Minister Heydon recently made headlines when he was listed as one of the nation's wealthiest TDs in The Irish Independent's most recent Political Rich List.