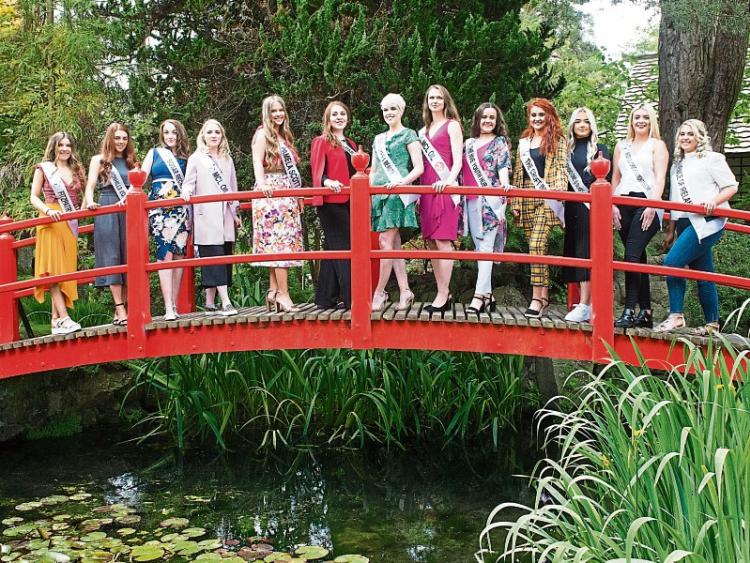 Kildare Derby Festival kicks off for its 41st year with some new event additions in 2019 which will certainly pique the interest of the racing enthusiast.

But the festival kicks off this Friday night with a perennial favourite — the choosing of the Kildare Derby Rose, formerly known as the Derby Festival Queen.

The Kildare Derby Rose competition is to be held in Studio One at the Silken Thomas on Friday next, June 21, from 8pm. Some 15 girls entered the competition this year, and the winner will reign over this year’s Derby Festival. Eight of the regional winning entrants for this year’s Rose of Tralee will be attending on the night as well as part of their tour.

The Derby Rose entrants have been on a tour of their own and have attended a Toastmasters evening at the Silken Thomas, have held a meet and greet at The Venice of Ireland in Monasterevin, and a fashion shoot at both Pamela Scott in Whitewater and Vanity Fair in Newbridge, and also took part in a hair style and makeup tutorial at Deanes Hair. The Derby Festival’s entrant into this year’s Kildare Rose of Tralee was Joanne Byrne.

Elsewhere in the Derby Festival, a raft of family fun for all will be on offer throughout Derby week. There’s also plenty in store for the racing enthusiast, starting with a racing legends meeting on Tuesday, June 25, at the Silken Thomas.

On Wednesday June 26, Kildare town’s first ever Curragh Racing Memorabilia Exhibition will take place in the town’s former courthouse. It is an exclusive opportunity to view rarely-seen memorabilia of great trainers, owners, jockeys and racing families from The Curragh. Racing colours, video footage, racecards, saddles and much more will be available to view at this exhibition.

RACE, Kildare town’s Racing Academy and Centre of Education, and the Irish National Stud will also be in attendance, showcasing their education programme for apprentice jockeys and stud management programme.

A farrier exhibition will take place on selected dates where visitors can see the highly skilled art of shoeing and admission is free.

On Saturday, June 29, after the Dubai Duty Free Derby, a unique event is taking place in Kildare Town Square with the Paddy Power Lip Sync Battle starting at 7:30pm. Trainers, jockeys, stable staff and Paddy Power ambassadors will take to the stage and battle it out with their voices. Who will be the 2019 champion? Place your bets!

Sunday, June 30, sees the launch of the inaugural Irish Derby Legends Walk which starts at 2pm from the Irish National Stud. This 2.4k walk has 12 furlong markers along with signage detailing some of the Irish Derby winners over the last 100 years and their unique stories. The walk ends in Kildare town where the Irish Turf Club first met in 1790 to put together the rules and regulations to administer the sport of horse racing in Ireland.

Over 18 different events are taking place throughout Kildare Derby Festival, which runs from Friday, June 21, until Sunday June 30.

For details on all ticketed and free events visit www.kildarederbyfestival.ie. The festival is kindly supported by Kildare County Council, the Curragh Racecourse and Into Kildare.