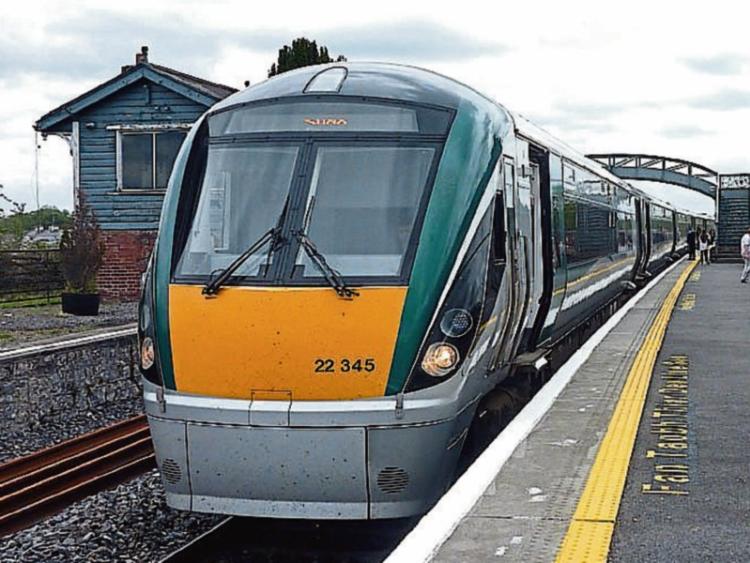 Deputy Lawless raised a number of issues affecting local commuters, including overcrowding on carriages, the service to Kilcock and the waiting room at Hazelhatch station, at a recent meeting.

Irish Rail said  hopes to expand the DART service to Maynooth, Hazelhatch and Drogheda with electrification of the line by 2027 with carriage capacity for 2000 passengers.

Kildare South TD,  Fiona O’Loughlin, who also met Irish Rail, said she had a productive meeting with officials in relation to pricing, train capacity and facilities in train stations across South Kildare.

She said commuter services in the morning and evenings are at full capacity. “ Last year I expressed my frustration following a response from Irish Rail that increased capacity would not be considered until 2023.

Deputy O’Loughlin said she also highlighted the lack of toilet facilities in Newbridge train station along with the car park facilities.

Deputy Lawless  asked officials about plans to improve capacity on Kildare services and whether carriages could be redesigned so as to provide more comfort to standing passengers.  He was told that over 40 new carriages are expected to be delivered next summer which will aid capacity greatly and he commented that while capacity issues needed to be addressed quickly, it is promising that the railway fleet is being invested in.

He said he  told officials that Kilcock passengers have with the infrequency of the service and criticised the Government for failing to progress improvements on this section of the line. “The people of Kilcock deserve a more frequent train service. Irish Rail actually own the necessary land to make this section of the line double tracked, which would naturally make a big difference to the potential service levels. Identifying and funding projects such as this in order to improve our transport system is something that the Minister sadly seems uninterested in doing.”

Irish Rail also noted that passengers connecting to Sallins trains in the evening require the waiting room to be opened at Hazelhatch Station and they promised to look into this issue.

Deputy Lawless was told by officials that tIrish Rail hopes to expand the DART service to Maynooth, Hazelhatch and Drogheda with electrification of the line by 2027 with carriage capacity for 2000 passengers.

But he noted  the current difficulties in progressing projects such as the Metrolink and Bus Connects would not give you confidence that the Minister for Transport is committed to making the necessary investment in our transport system.”