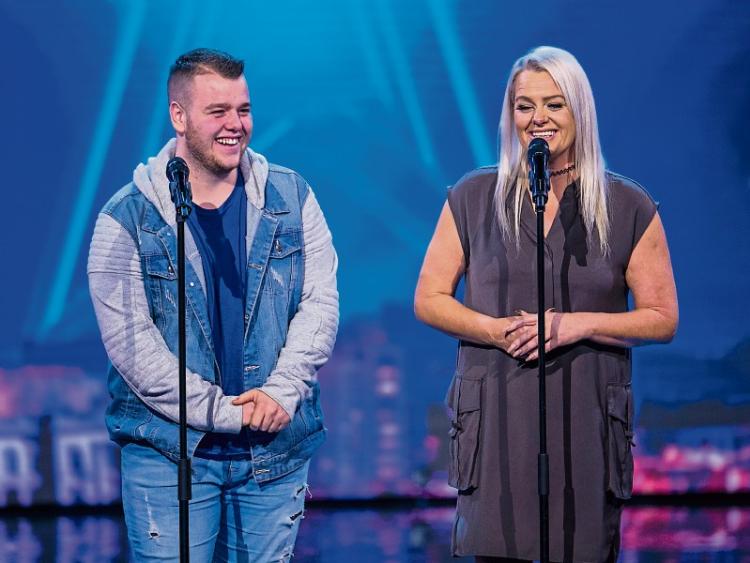 A mother and son duo from Kildare town are straight through to the live shows of Ireland’s Got Talent after their audition last weekend.

The singing act of Sharon and Brandon Webb earned a Golden Buzzer on Saturday’s show with their emotional rendition of Calum Scott’s You Are The Reason.

Barmand and DJ Brandon (19) revealed how on September 3 2018, he ended up in a coma fighting for his life.

“I don’t remember very much, I was out with my friends, I took something I shouldn’t have, I made a mistake, it nearly cost me my life,” said Brandon.

Sharon described it as “every parent’s worst nightmare.”

“They told me within two hours of taking him to hospital he had that many seizures they put him on life support and they basically prepared us to say goodbye to him, but he came back to me a couple of days later,” an emotional Sharon told the show.

“The doctors were saying that his brain had been starved of so much oxygen they didn’t know what damage was done,” added Sharon.

Brandon said he has been given a “second shot” at life, which made performing with his mother even more special.

“I’m here for a reason now, I just think music is our reason. It gives me motivation to get up in the morning,” he said.

Speaking to the Leader, Sharon said the whole experience has been surreal.

“We’re after receiving messages from other parents which was really nice, parents that have gone through the same, some parents that haven’t been as lucky as I have, but it’s really heartwarming to know that the story has touched people in a way that it helps them in some way,” said Sharon.

“Hopefully it might send a message to other teenagers that this is what happens, it’s real life.”

Sharon and Brandon watched the show in Swan Dowling’s in Naas on Saturday night, and Sharon said the support has been crazy.

The duo even received a tweet from Calum Scott himself, congratulating them.