Kildare magician and singer to shine on Ireland's Got Talent 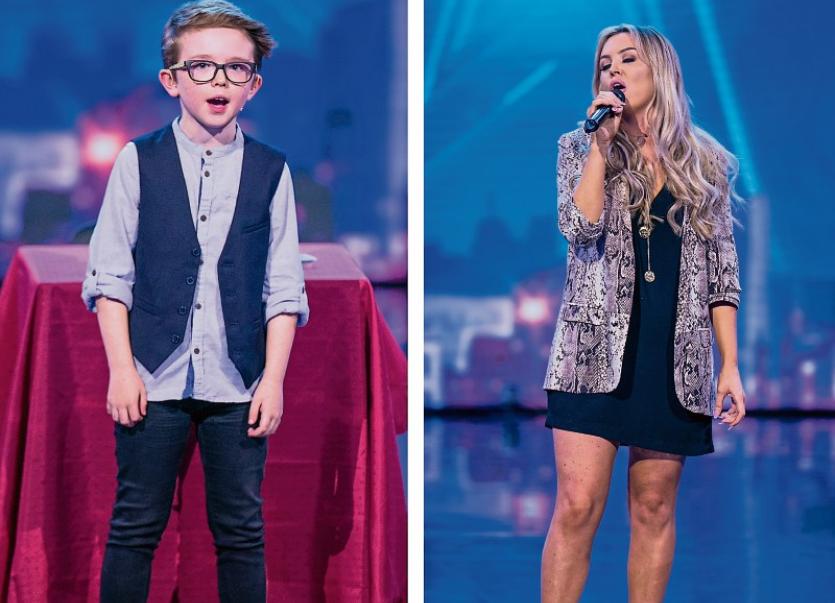 Aidan McCann from Maynooth and Julie McCabe from Leixlip

Two Kildare natives will shine on the new series of Ireland’s Got Talent.

Julie McCabe, 30, from Leixlip and Aidan McCann, 9, from Maynooth will appear on the show on Saturday, February 9.

Julie is a stay-at-home mother to her autisitc son Max aged two. She also runs a blog called “Ordinary Gal” on social media, where she shares some of her music, fashion and beauty buys.

Julie is the youngest of her family, with one brother and four sisters.

Julie has performed on The Late Late Show when they had a karaoke night and ended up winning the competition.

Julie has been singing all fer life and is loved performing in front of Ireland’s Got Talent judges Louis Walsh, Michelle Visage, Jason Byrne and Denise van Outen.

Magician Aidan is a third class student and lives at home with mum Noella, his dad Ronnie, his little sister Molly, 7, and two goldfish Angel and Tiger.

Aidan has been doing magic for 4 years now, and mainly does his tricks at school, parties and in the estate he lives in. He had always wanted to know how magicians do their tricks so he decided he was going to learn some magic for himself. He loves the magician Dynamo.

Aidan decided to enter Ireland’s Got Talent because he loves the show and loves showing his magic to new people. Aidan charms the audience with his charisma in his audition.

He also stars in a Vodafone commercial on TV.

Tune into Ireland’s Got Talent on Virgin Media One, Saturday, February 9 at 7:30pm to find out how they get on!