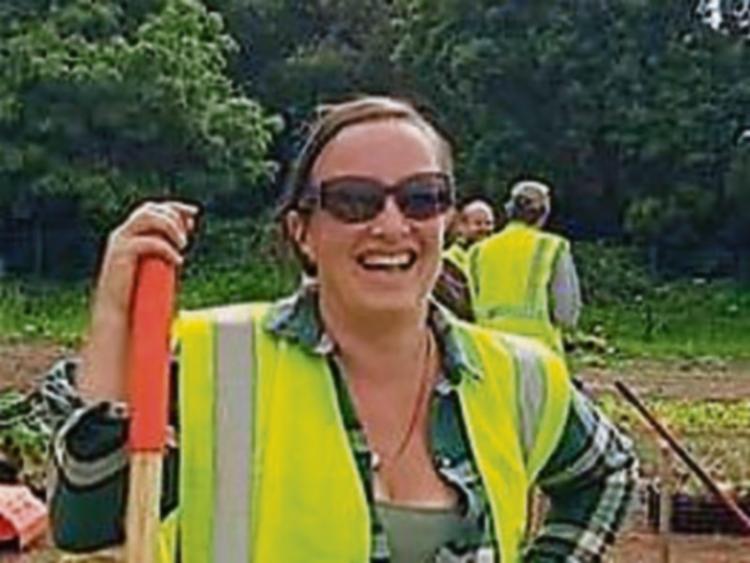 The life of bees has improved in Clane thanks to a biodiversity garden set up at the back of the John Sullivan Resource Centre (JSC), according to its resident horticulturist, Lucy Bell from Growing Wild.ie.

In 2013, the Centre began to create a biodiversity garden in the field by planting an orchard of heritage fruit trees, and creating a wildflower meadow by not mowing the grass. They focused on creating habitats for pollinators. “Simply not mowing the grass has made a big difference,” said Lucy, co-author of ‘The Year-Round School Organic Garden.”

She said Clane is good now for bees with plenty of places from where to take nectar.

“The bees need nectar but due to farming practice the source of this had decreased,” she said.

A lot of plants don’t produce nectar, including daffodils and tulips but it is found in snowdrops and crocus.

In 2013 Lucy and the JSC members stopped mowing the meadow.

“In the first year after that we found 17 different species of wildflower but now there are 50, just by not mowing the grass,   providing huge nectar sources for bees and butterflies,” she added.

They recorded 12 different species of butterfly in the garden in 2018, including the rare marsh fritillary.

“This endangered butterfly will lay its eggs on just one plant, the Alder Buckthorn,” Lucy told the Leader.

Its wildflower meadow has gone from 17 to over 50 different wildflower species in five years, providing huge nectar sources for bees and butterflies.

It has recorded six different species of bumblebee, as well as our native black honey bees in 2018.

The project has now been nominated for an award and you can vote for it up to January 14 coming  at https://iwt.ie/biodiversity-awards/vote-large-community-group.

The project, aided by Kildare County Heritage Office in 2014, included the setting up of two beehives for native Irish black bees, and in 2017 it received money to develop educational signs for the garden.