Due to open in April 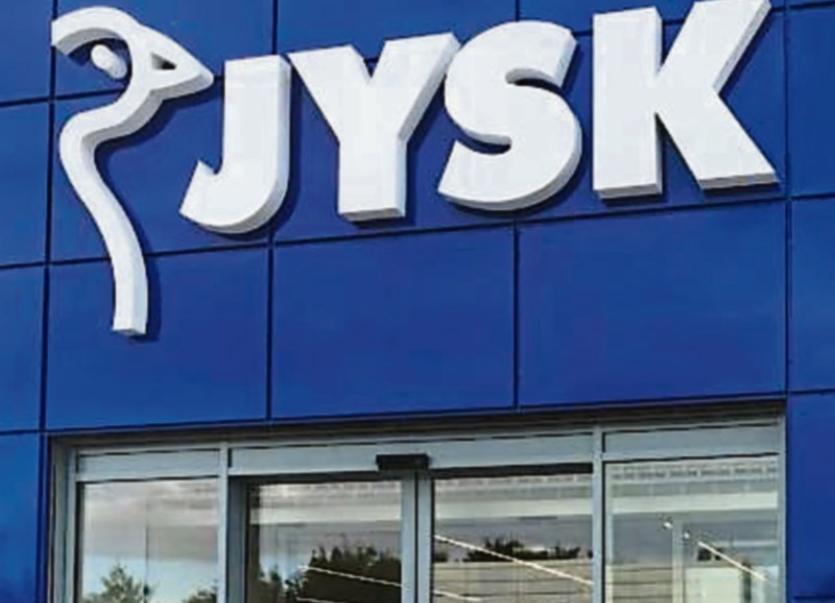 The store will be located at the Naas Retail Park, Jigginstown and will open in early April.

JYSK plan to open 15 stores around Ireland in the next two years, creating 200 jobs.

Two further stores will open in Drogheda, Louth and Navan, Meath in May, and a fourth store will open in Portlaoise, Laois during the summer.

Allan Shine, CEO of the Chamber in Kildare said; “This job boost is very welcomed and we believe that with the amount of new housing under construction in Kildare and the continued growth in our population that JYSK will do very well in the county with their offering,” Mr Shine told the Leader.

Independent Cllr Sorcha O'Neill says it is hugely positive news for the town.

“I am delighted to hear the news, it's  very exciting for us. Choosing Naas for a location and the location to open its first store in the country is a wonderful compliment to the county town of Kildare”, Cllr O'Neill said.

“There is the argument that out of town retail units detract footfall from the main street and affect local businesses.

“However, I feel that this calibre  of retail and the uniqueness of this brand to Ireland will attract visitors from around the country to visit Naas.

“So it should be welcomed as hugely positive news both for jobs and for making Naas a destination and not a place to bypass on the motorway,” Cllr O'Neill concluded.

Cllr Rob Power said it is a real “vote of confidence” for Naas.

“It's great to see another international brand moving to Kildare and a real vote of confidence in Naas that JYSK are beginning their Irish expansion here.

“JYSK's product offering looks to be a great addition to the town and the store is well located. With the council breaking ground on the Merits Digital Hub nearby and the new housing going up recently we're starting to see life come into the previously dormant, south side of the town,” said Cllr Power.

JYSK is an international retail homewares chain which is owned by the original founder, Lars Larsen. The popular  store  first opened in 1979, and today has more than 2,700 stores across 51 countries worldwide.

SEE ALSO: Well known Naas business is moving - but stays in the town