Well known Naas business is moving - but stays in the town

A vote of confidence in Naas town centre 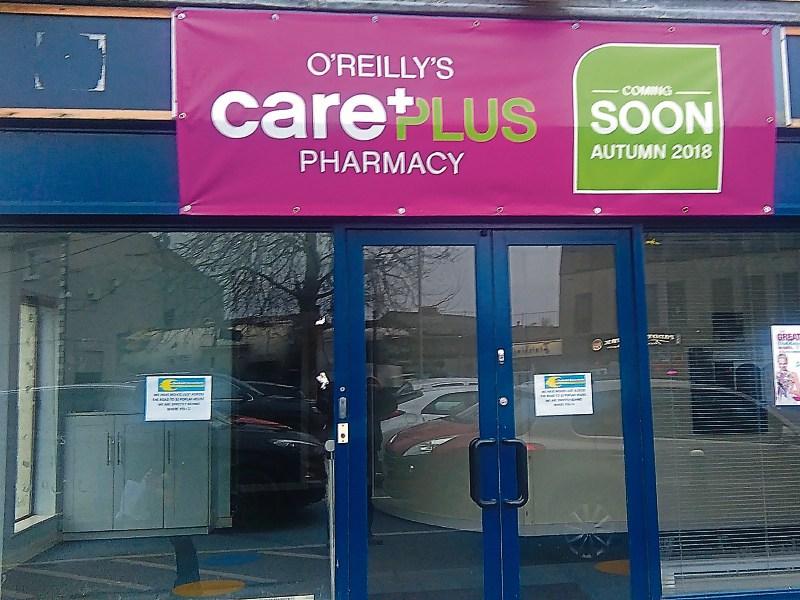 Another Naas business is on the move - but this one is remaining in the town.

O’Reilly’s pharmacy - one of the town’s long standing businesses - is moving from North Main Street to a new premises at Poplar Square/Friary Road corner.

It will be part of the CarePlus independent chain of pharmacies, which has outlets throughout Ireland.

Reconstruction work at the building is expected to start before the end of January and a March opening is planned.

The building was previously occupied by an accountancy firm which has moved across the street.

Pharmacist Brian O’Reilly said the move is necessary to provide customers with more opportunities to park and well as making access easier for all who enter the premises.

“It’s a good news story, we want to  make it easier for for customers and some of these are elderly. The lack of parking is problem for many in Naas town and it will be easier to park at the new location, said Mr. O’Reilly, who was a member of the last Naas Gaelic football team to win a Kildare senior county championship (1990).

Mr. O’Reilly is a nephew of the famed John Joe O’Reilly, who won two All-Ireland football titles with Cavan before his untimely passing in 1952.