Fears over Leixlip and Celbridge service 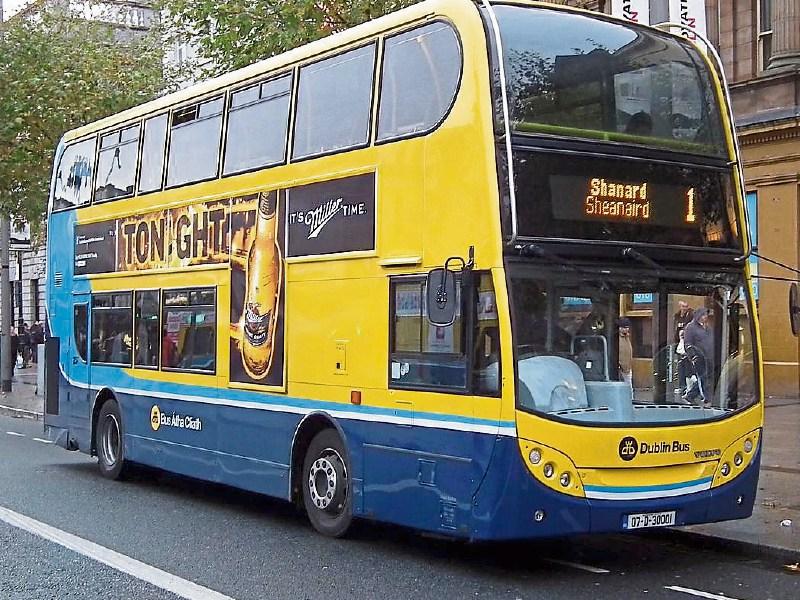 There is opposition to the proposed cutting of direct bus services to Dublin city from Celbridge and Leixlip.

Kildare North TD, Frank O’Rourke, has called on the National Transport Authority (NTA) to retain the direct bus services from Celbridge and Leixlip namely Route 67X and 66A respectively. Deputy O’Rourke was speaking after organising a public meeting on Bus Connect proposals in Maynooth during the week.

General Election candidate, Emmet Stagg, has called for Express Services from Celbridge to the City Centre, bypassing Leixlip and Lucan, and describing the present proposals as an attempt to sabotage Public Bus Transport in Celbridge.

Mr. Stagg said the buses will be full, so directing them through Leixlip and Lucan will in itself be futile and could drive Celbridge Commuters away from using bus services. “What is proposed for Celbridge is anything but a fast and reliable Public transport Service. It will add to the discomfort of passengers and will result in additional car usage. It will not increase train usage which at present is already at peak usage'.

Mr. Stagg  therehere is also an issue with the frequency of services at the weekends proposed for the C4 route.

Deputy O’Rourke, called on the National Transport Authority (NTA) to retain the direct bus services from Celbridge and Leixlip namely Route 67X and 66A respectively. “The direct bus services that are currently in place for commuters in the Celbridge, Leixlip, Maynooth area must be protected under the Bus Connect proposals. For instance the 66A, providing 17 services linking River Forest, Confey to the Dublin City Centre is to be replaced by one direct service to Dublin City and UCD. “

“Bus connects has many positive proposals. It will provide a 27% expansion of services, which will be made up of increased driver hours and an increase of around 10% in the bus fleet.”

“So there are many positives in the Bus connects proposals, but we must ensure that the proposals that negatively affect service levels are removed from the plans,” said Deputy O’Rourke.

She said she has received information relating to route 65 that serves Ballymore Eustace and Blessington.

Under the Bus Connects proposals, Route 65 will be replaced by Route 244.

“I have been in touch with the NTA in relation to the potential impact the Bus Connects proposals will have on commuters living in Ballymore Eustace and the surrounding rural towns that the bus currently services," she said.

“In a recent response I have been told that the primary differences are that the new Route 244 would operate more frequently but it would terminate in Tallaght, where passengers will be able to connect to other bus services to reach their final destinations.

She said she is now investigating the potential changes to service times and to bus stops for the area and will be making a submission to the NTA on these proposed changes by this Friday, September 28 to ensure the service users are not left with little or no public bus service.