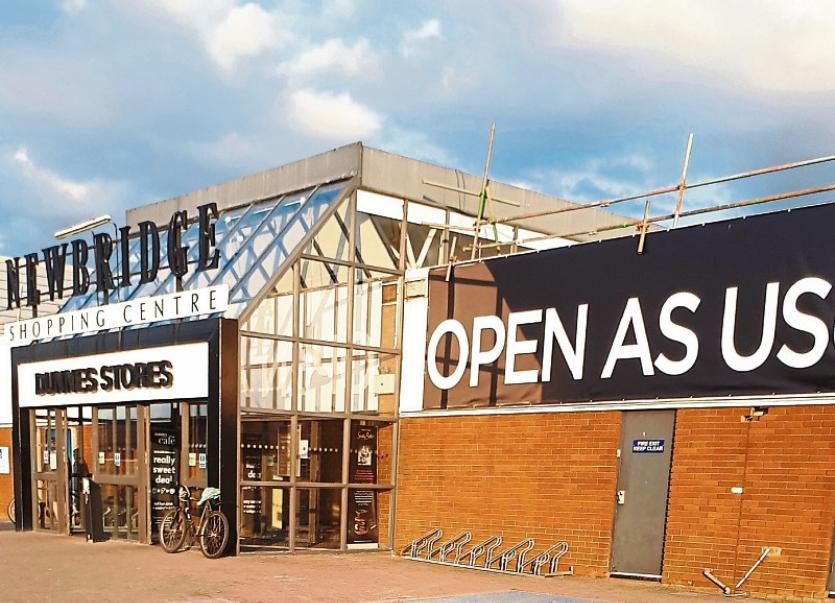 It’s understood the multi-million euro revamp of Dunnes Stores in Newbridge is to be completed by the end of October.

With hoarding surrounding most of the front of the site, the store, hairdressers and pharmacy remain open as work continues on the redevelopment of Newbridge Shopping Centre.

The toilets have been moved inside the lefthand side of the entrance. The cafe is now located inside the store.

The project had been held up after it was appealed to An Bord Pleanála due to the controversial ‘Great Wall of Dunnes’.

A local business man highlighted the council Transport Department’s concerns that the wall would “endanger public safety by reason of a traffic hazard”.

Dunnes told the planners it does not own the land on the other side of the wall and has no legal right to open up an access point.

An Bord Pleanála did not ask for the removal of the wall between Dunnes and Newbridge Retail Park.

The revamp involves the demolition of nine units to the right hand side of the building as well as the restaurant. The units on the left are being renovated to incorporate four new units and an upgraded toilet block.

The textile and grocery areas will expand, and a new entrance built along with 417 car spaces, and a covered walk-way.