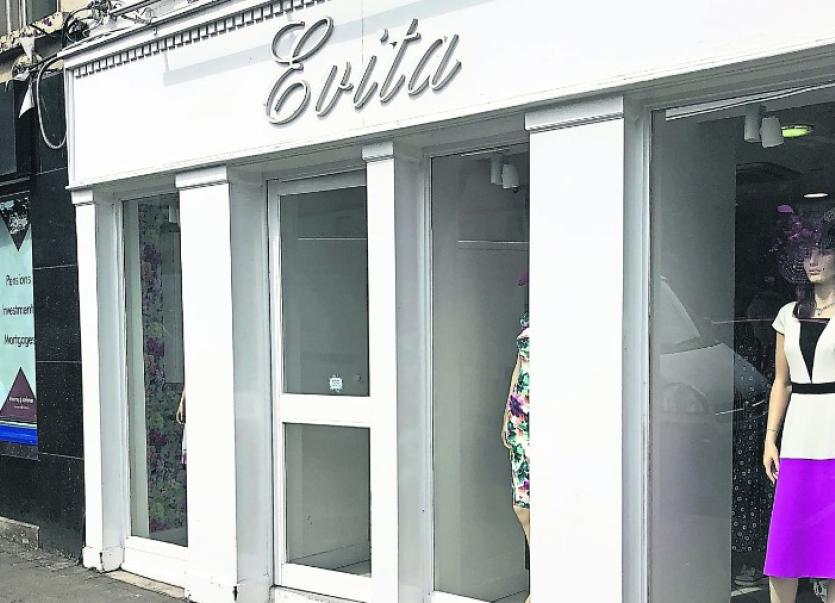 A mother-of-the-bride took legal action against a Naas boutique after the dress she bought for her daughter's wedding started to come apart on the big day.

A judge, sitting at Naas District Court last Thursday, made an order that the owner of Evita boutique must pay the customer €800 after she took a claim against him to the Small Claims Court.

Judge Bernadette Owens heard evidence from Sandra Maguire, with an address listed as 18 Thormanby Lodge, Howth, that she had bought a dress for €800 from Evita on South Main Street, Naas, last September for her daughter’s wedding.

Paul Ferris, proprietor of the shop, with an address listed in court documents as 23 South Main Street, Naas, did not appear at the court sitting.

During the course of the the wedding day, Ms Maguire noticed that the hem of the dress had fallen and that a clasp had come loose, which was noted by other guests at the wedding.

When she contacted the shop after the wedding day, she was asked initially to send pictures and then to come to the shop where an assistant, she said, had told her that it had never happened to any other similar dress.

While at the shop, it was noticed that a seam in the dress had split.

She was asked to contact Mr Ferris who, when she contacted him, offered to have the dress fixed and to give her a €100 gift voucher.

However, when a seamstress saw the dress, she said that it would need to be taken in an inch in order to be repaired.

This was not possible, Ms Maguire said, rendering the dress unwearable from then on. She could not contact Mr Ferris from there on, she told the court.

The case was listed for hearing last May 3, she said, and Mr Ferris did not turn up then either.

Ms Maguire had checked the Companies Registration Office that Mr Ferris was the owner of the business, and she had brought copies of all the email correspondence with her to court.