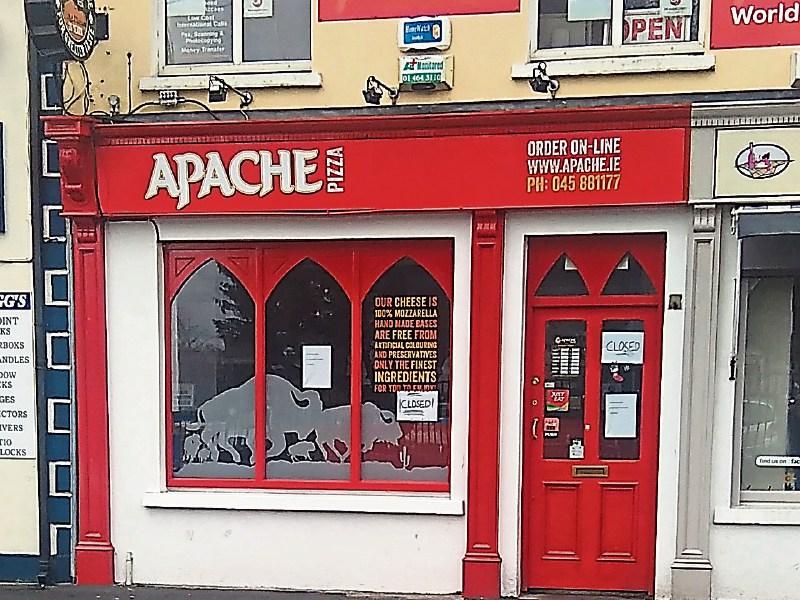 The take away and delivery business just off Poplar Square at Sallins Road has been closed for almost two weeks but proprietor Sunil Kumar said the enterprise will open its doors again today.

There was some concern locally when Apache  and Life Style Sports, at Dublin Road, shut down amid suggestions that these were two additions to the list of retail closures that have taken place since the shopping centre at Monread opened. They occurred at a time when local people staged a public meeting during which the loss of car park spaces in Naas was criticised.

However in the case of Apache a difficulty arose over how the rent was paid for the premises and Mr Kumar insisted that he has been paying rent as per his agreement.

Life Style Sports closes today because its lease arrangement at Naas Town Centre has come to an end.