'The gloves are off now': New modular homes protest in Newbridge, County Kildare, being planned 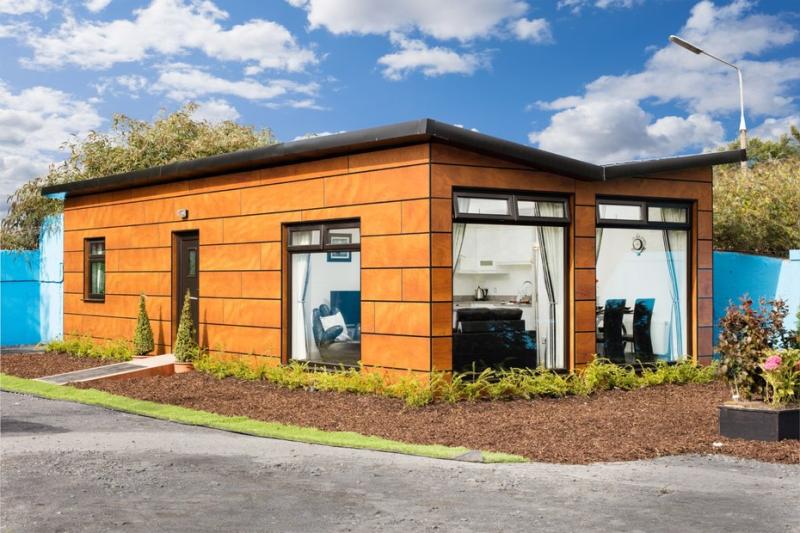 A member of the Lakeside Park/Highfield/Dara Park (LHD) Action Group has said that a new protest is being planned against the proposed modular homes in Newbridge.

Noreen O' Shea told the Leinster Leader that due to a lack of response from the government, the LHD Action Group will hold a meeting at the basketball court between Lakeside Park and Dara Park later this week.

Ms O' Shea said that this will meeting will be held to plan the group's next protest.

She explained: "We need to discuss what's been happening; we feel like we are being kept on the long finger, so we will be announcing a date for our protest at our meeting on Thursday at 7.30pm.

"The gloves are off now," she added.

Another member of the group, Tom McDonnell, reiterated that the group has no issue with Ukrainian nationals, and instead opposes the proposed modular homes a number of different reasons, including a lack of sewage facilities in the area and the apparent lack of notice from Kildare County Council.

He said that he has 'some really good' Ukrainian friends, and added that discrimination against Ukrainian nationals 'disgusts' him.

When asked about the LHD Action Group's latest decision, a representative for the Department of Children, Equality, Disability, Integration and Youth sent the following message to the Leader: "The Minister met with members of the community from Newbridge in relation to the proposed development of modular units to house people who have fled the war in Ukraine.

"The Minister listened to the concerns expressed by those at the meeting and outlined the emergency context under which the Government had approved the use of modular units. Officials are considering the matters raised and engagement continues with respect to both sites."

The Dept added that the govt has approved the development of up to 500 units of modular accommodation in different configurations over two phases, and that final configuration of sites will be informed by further site evaluation and engagement.

Both phases of the project are expected to be delivered by the Spring of 2023.

The LHD Action Group was set up following a public meeting with residents of the three estates on Thursday, August 25 last.

The meeting came about after Sinn Féin (SF) representatives told local residents that the Department of Children, Equality, Disability, Integration and Youth planned to install 30 modular homes for displaced Ukrainians at Lakeside Park, as well as another 30 homes in Beechgrove, Rathangan.

Although the group originally planned a peaceful protest to highlight their concerns for September 3 last, this protest was postponed after the its members received word that Minister Roderic O' Gorman and the Office of Public Works (OPW) would meet with them.

On September 9 last, Mr McDonnell, on behalf of the LHD Action group, said that Minister O' Gorman assured them 'that he accepts and (has) understood our concerns, will not engage in any construction, and will respond in a further meeting.'

He added that the residents were 'promised a prompt decision.'