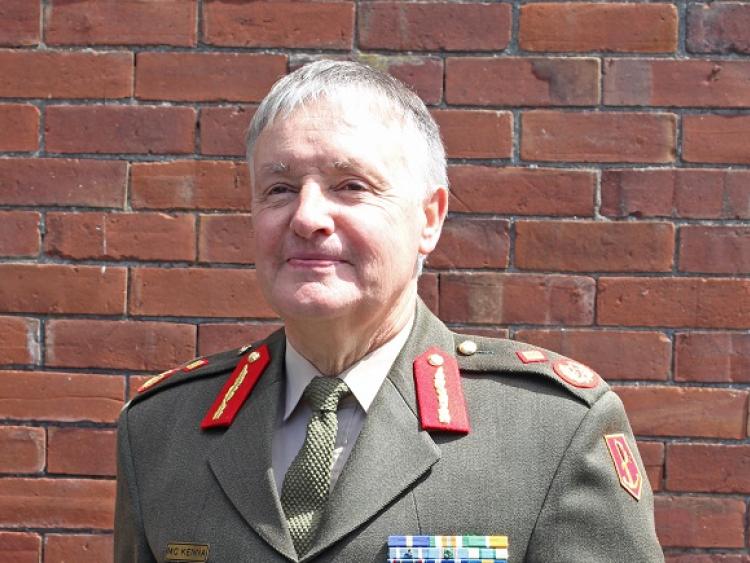 Colonel Anthony McKenna has been promoted to Deputy Chief of Staff (Operations) Designate in the Defence Forces.

Colonel McKenna is currently serving as Director of Infantry Corps in the Defence Forces Training Centre, the Curragh Camp.  He will take up his appointment as Deputy Chief of Staff (Operations) in early July following the retirement of current D COS (Ops) Major General Kieran Brennan.

Colonel McKenna joined the Irish Defence Forces in 1981 as an officer cadet and was commissioned as an officer into the infantry corps in 1983.

Colonel McKenna has held a wide range of appointments in the Defence Forces at home and overseas, with operational experience over the course of his career as a Platoon Commander, Company Commander and Battalion Commander. He has also served as a Staff Officer in Defence Forces Headquarters (DFHQ) in Operations Branch and is a former Director of Human Resources Branch.

Colonel McKenna has served overseas in Lebanon as a Platoon Commander, in Somalia as a Liaison Officer and as a Battalion Operations Officer in Chad. He has also served as an Observer with Observer Group Lebanon and Golan, as a Monitor with the European Union in Bosnia and as a Staff Officer in Force Protection in ISAF HQ Afghanistan. His most recent mission was in Lebanon as Sector West Commander in UNIFIL.

Congratulating Colonel McKenna on his promotion Chief of Staff of the Defence Forces Vice Admiral Mark Mellett DSM said, "Anthony will bring a wealth of operational experience to the role, both from his his time as Director of Infantry and previously as Sector West Commander in UNIFIL. I look forward to working closely with him in the future".

Colonel McKenna is married to Caroline and they have four children. Originally from Dundalk, Co Louth, he now lives in Cahir, Co Tipperary.

Speaking of the appointment, the Minister with responsibility for Defence, Paul Kehoe said “I wish Colonel McKenna every continued success and I know he will make a significant contribution to the Defence Forces in his new role as Deputy Chief of Staff (Operations). I look forward to working closely with him in the future”.