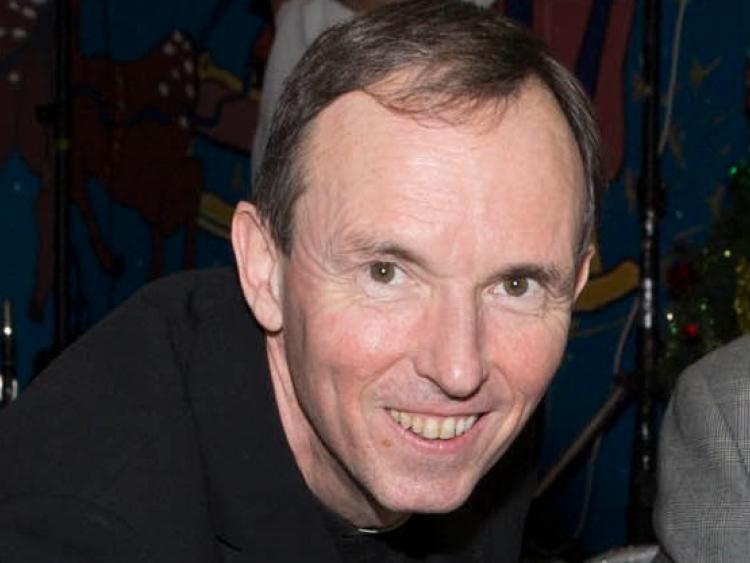 Fr John Cummins who died in an accident in Abbeyleix. Picture: Alf Harvey

Gardaí are investigating the circumstances surrounding the death of a Newbridge native and priest in Abbeyleix today in what appears to have been a tragic freak accident at his home.

There is deep shock in the  town and surrounding area at the death of the priest, who has been named locally as Fr John Cummins. Originally from Newbridge, he was aged in his fifties and was well known in the community where he has served as Parish Priest for the past year and a half.

Fr Cummins comes from a well-known, liked and respected family in Newbridge. His father Con ran the well-known Con Cummins pub on the Kildare town's Main Street. The pub remains in the family and his still run by his brother Con.

While the cause has yet to be established, it is understood that the accident occurred at around 3pm on Wednesday, January 30 after a car went out of control in the driveway of his house on the Ballinakill Road.

Laois County Fire and Rescue Service confirmed that it was called to the scene of a single vehicle incident at 4.20 pm. Locals said an air ambulance also attended, along with local paramedics, but the extensive injuries suffered proved to be fatal.

Fr Ger Ahern preceded Fr Cummins as Abbeyleix PP. He said he knew the deceased as a 'good friend' and was devastated by grief at his death in what he described as a 'freak' accident.

Cllr John Joe Fennelly said the community has been plunged into disbelief.

"We are all devastated here, it is shocking news, it is unbelievable, we are absolutely in disbelief. He was dedicated to his work and really dedicated to the life he chose. He will be sadly missed," he said.

The Bishop of Kildare and Leighlin Denis Nulty visited the scene today and blessed Fr Cummins' remains before they were removed to Portlaoise hospital.

In the hours prior to the tragedy, Fr Cummins had been busy serving his community at the local Scoil Mhuire primary school attending grandparents day. Fr Cummins was also Chaplin to Scoil Mhuire.

"Please pray for him and his family at this sad time. It is a tragic event for our community and our school family," he said.

He had also recently attended the Abbeyleix Senior Citizens Party.

Gardaí confirmed that his family and relatives have been notified.

Prior to serving in Abbeyleix, Fr Cummins spent some time in Carlow town where he was based at the Kildare and Leighlin Diocesan Office.