Five arrested at the scene 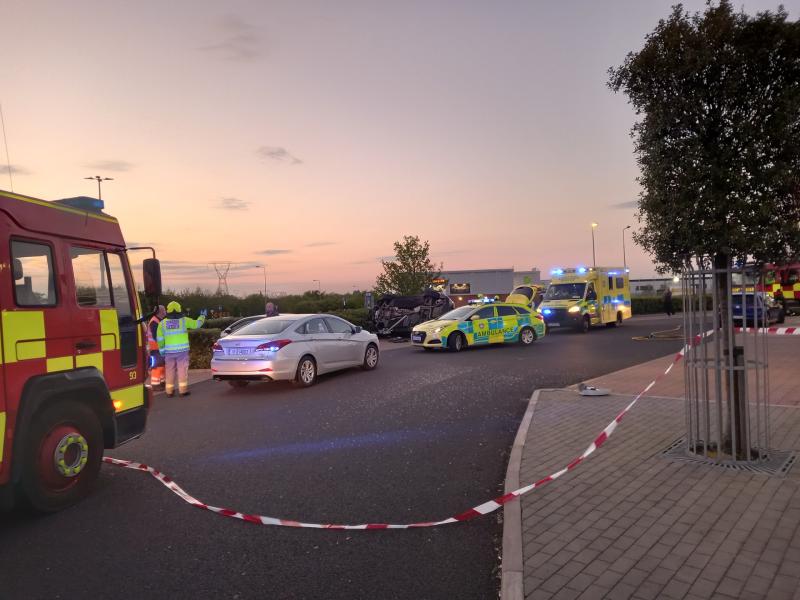 A horrific accident took place on the outskirts of Naas this evening when a car left the road and finished up in a supermarket car park, which is normally used by shoppers.

The incident happened in the Jigginstown area.

It’s thought the car, a 2014 Audi model, may have flipped after striking the Newbridge Road roundabout, adjacent to the Lidl store. 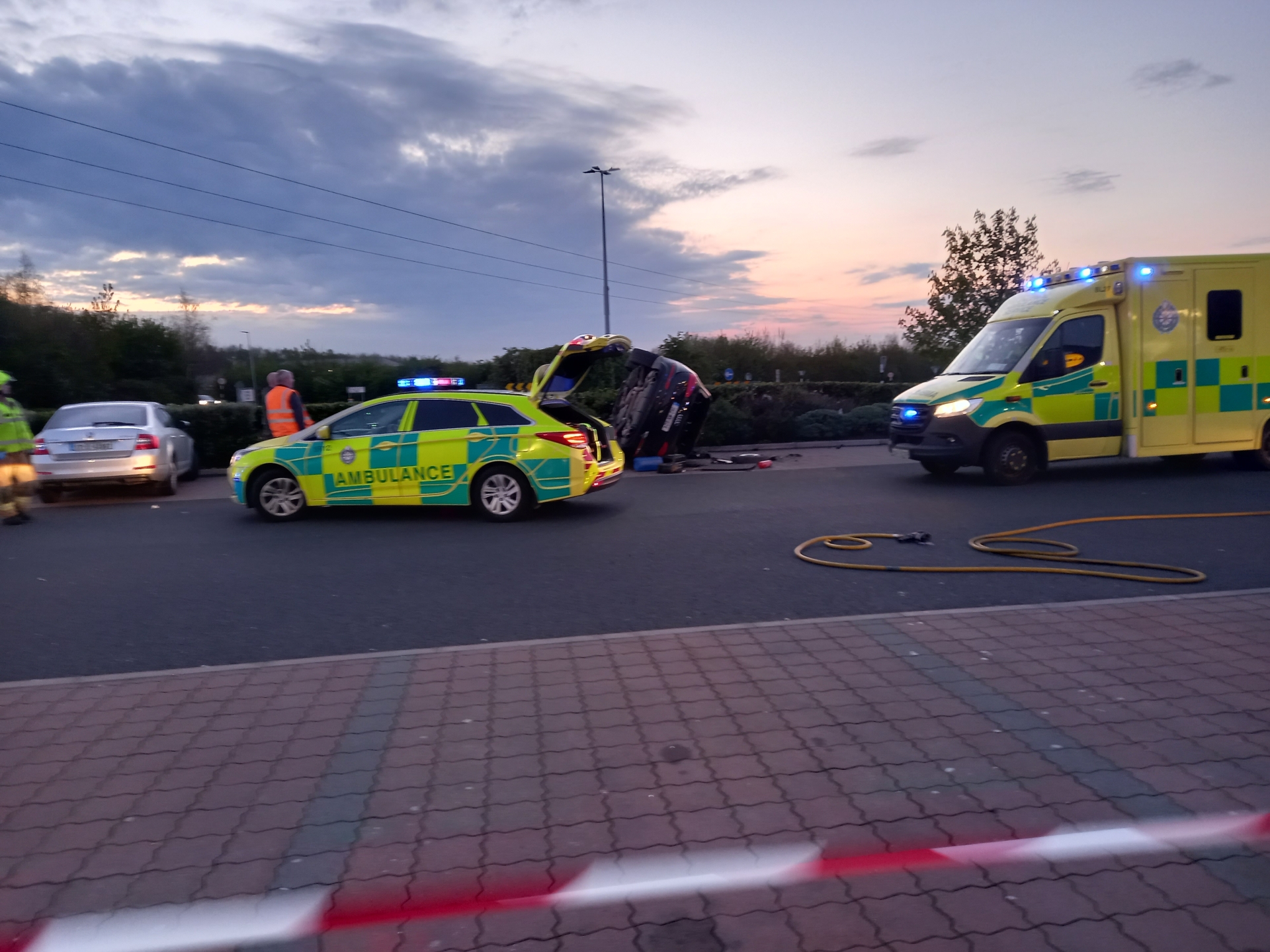 The accident scene earlier this evening

The car overturned and was left sitting on its side in the supermarket car park.

Emergency services personnel were on the scene and there were at least three ambulance vehicles; three garda cars, including an unmarked vehicle and two Fire Service vehicles present.

Two people were being treated by paramedics on the ground close to the crashed vehicle and a sizeable portion of the car park was cordoned off.

There is some damage to a section of the base of the roundabout structure, but it is not known if this is connected to the accident.

At least one large electricity box was badly damaged at the scene but it’s not clear if this happened in the accident.

There was also some debris and tyre marks on the road between the roundabout and the perimeter of the Lidl Site.

Later the gardaí said that as a result of ongoing investigations into criminal activity in the Leinster region, gardaí intercepted the vehicle.

This vehicle failed to stop for gardaí and a managed containment operation ensued.

This operation concluded shortly before 8pm when the offending vehicle was involved in a single vehicle road traffic collision on the Newbridge Road in Naas.

Five males were arrested at the scene.

Two men, aged in their 20s, are currently being detained at Naas Garda Station under the provisions of Section 50 of the Criminal Justice Act, 2007.

Three men, aged in their late teens, 20s and 40s, were taken to hospital for treatment of non-life threatening injuries.

Investigations are ongoing. No further information is available at this time.