Army representatives due to meet at RACO conference in Naas today 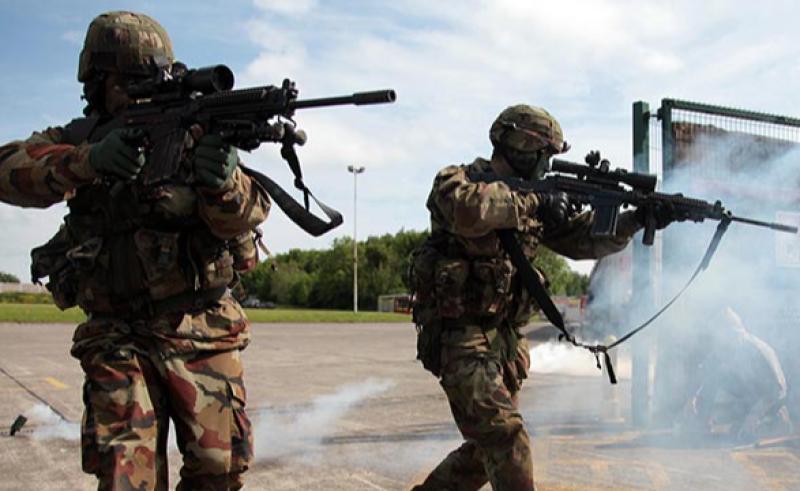 A number of representatives from the Permanent Defence Forces (PDF) are due to meet at the annual Representative Association of Commissioned Officers (RACO) conference in Naas today.

It has been confirmed that the group will consider whether it should affiliate itself with the Irish Congress of Trade Unions (ICTU).

Speaking ahead of the conference, Commandant Conor King told the Irish public that officers "over-committed and burned-out."

He added that there is "frustration and palpable concern" around the continuing depletion of the force’s numbers, as well as remuneration and HR issues, which he said has been adversely affecting the PDF’ ability to recruit.

It is also understood that further female representation is being sought for RACO, as well as the PDF as a whole.

Cmmt King will raise the issue with the Minister for Defence and Foreign Affairs Simon Coveney when he attends the conference on Tuesday.

According to an article from The Irish Examiner, little has been done to address many of these issues, which were extensively highlighted in a study involving 700 officers which was carried out as far back as 2016 by University of Limerick academics on the then state of the PDF.

It was reported that double and treble-jobbing has increased since then as those left behind plug gaps due to continuing numbers quitting the country's military, and that some PDF officers are working up to 70 hours a week.

In addition, it highlighted that the Working Time Directive has yet to be implemented by the government throughout the PDF.

Earlier this month, RACO said that a figures from a recent report provided further evidence that the PDF cannot recruit its way out of a retention crisis.