Award was made at Osprey Hotel awards night 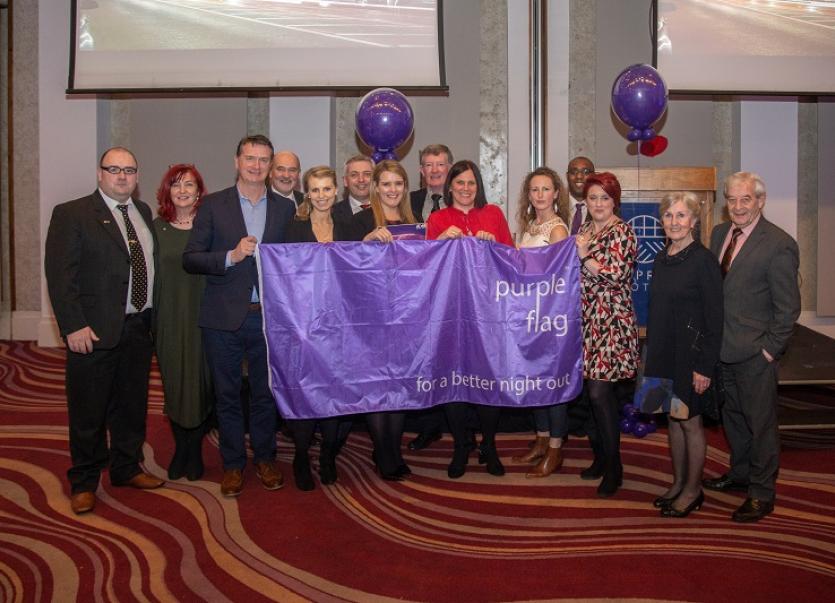 The Naas group being awarded their Purple Flag

Naas is can paint the town purple after it was officially awarded a flag in honour of its top-class nightlife.

The annual Purple Flag awards for towns and cities in Ireland and UK was held in Naas this week. Naas and Cardiff were officially awarded the Purple Flag at a gala dinner held in the Osprey Hotel.

Naas has been awarded Purple Flag status for excellence in managing its evening and night time economy. Purple Flag is an accreditation process run by the Association of Town and City Management (ATCM), similar to the Green Flag award for parks and the Blue Flag for beaches, and is the benchmark for destinations with a good evening and night time offering. The award for Naas, was according to the judges because of the strong provision of entertainment, food, drink and culture between the hours of 5pm-5am. The town has an excellent offering as a location that is vibrant, diverse, clean, well-managed and providing a positive experience to customers.

Naas joins Maynooth as the two towns in Kildare to receive this award which comes after a rigorous application process, led by County Kildare Chamber with the support of Kildare County Council in conjunction with several integral key partners, who all play a vital role in the evening economy. The city’s evening activity was evaluated against a number of key themes and a challenging overnight assessment was carried out.

Jennifer Forster of County Kildare Chamber said: “This is great news for Naas and this accreditation is the result of the excellent collaborative working which exists in Naas. The award demonstrates the strong and varied provision of entertainment, culture and leisure offer between the hours of 5pm and 5am which is also very well-managed, and Naas as a town of choice for a great night out. The evening and night time economy is an integral part of the Naas experience and to receive national recognition for this is an achievement we should all be extremely proud of.”

Allan Shine, CE of the Chamber said “We now need to look to further enhance the offering we currently have in the town for all who use it and such an accolade is invaluable in raising the profile of Naas both locally and nationally.  The setting up of a working group starts now and we have several exciting projects that we need to get started with. We look forward to working together with Kildare County Council, the business community, the Gardaí, Naas Tidy Towns, our elected councillors and all key stakeholders in ensuring that Naas is promoted locally and nationally as a great town to visit.” 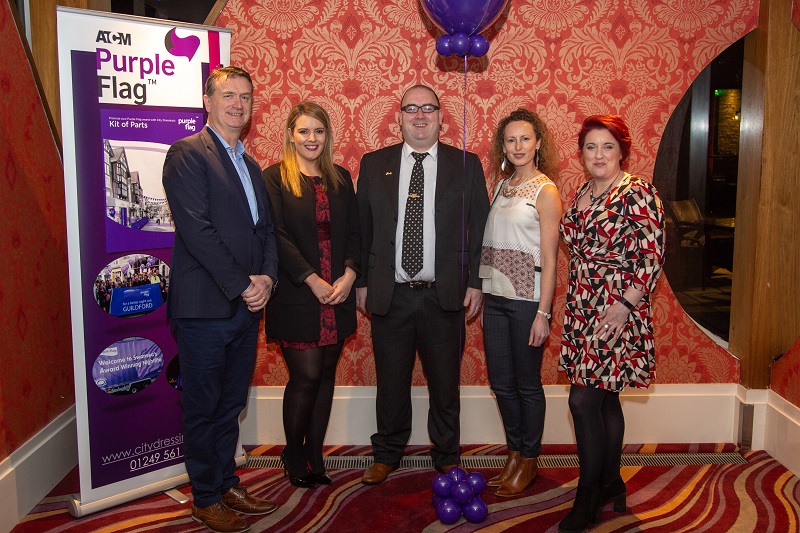