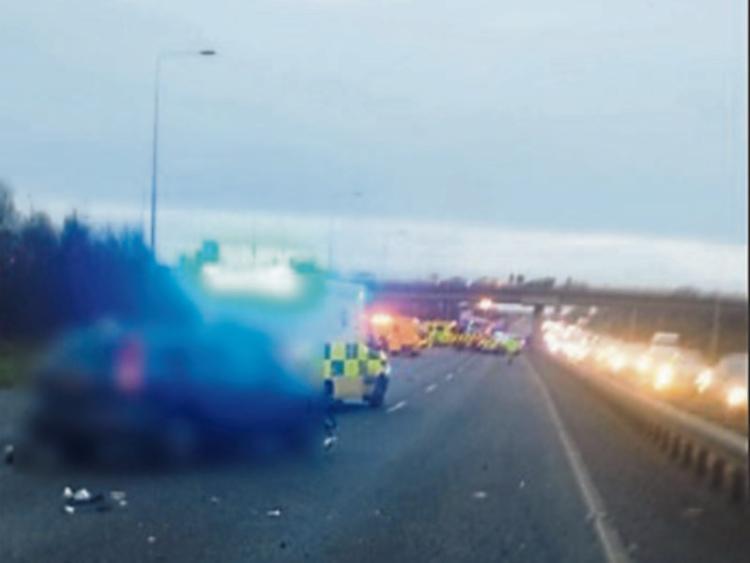 The N7 Northbound has been closed between Johnstown and Kill due to a serious crash involving several vehicles this Thursday afternoon. All three lanes of the motorway have been closed due to the incident, which occurred near Johnstown Garden Centre.

There are now heavy delays and long tailbacks on the N7 northbound between J9 Naas North and J8 Johnstown, due to the crash. Emergency services, including gardai, ambulances and members of the fire service, are dealing with the incident.

Traffic diversions have been put in place northbound via the slip roads off the motorway at the Johnstown junction, but the tailbacks have reportedly reached as far back as the M9/M7 junction. AA Roadwatch also reports that it is also slow on the southbound lane of the N7 on due to onlookers slowing down.

Earlier this afternoon, a collision just outside Ardclough caused the closure of the Celbridge/Ardclough road. Motorists in the area are advised to use an alternative route.

UPDATE: 5.45PM: A second crash has been reported in the area on the southbound lane of the N7 at Johnstown. Traffic delays are building.

IN PICTURES: Crash on N7 at Johnstown on Thursday evening, January 28