WATCH: 'Every single man you know is fighting a battle' — Kildare tattoo artist is raising funds for male mental health 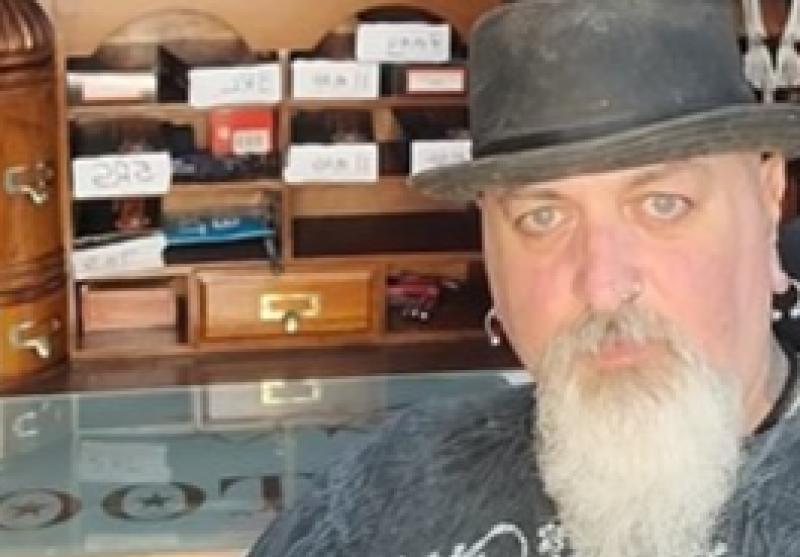 In 2016, Samaritans Ireland released a report that found that men in the Republic of Ireland remain four times more likely to die by suicide than women.

In more recent times, while there is no evidence that the Covid-19 pandemic has caused an increase in suicides, it cannot be denied that the issue of suicide, especially when it comes to men, still remains an issue in Ireland.

Following this, one Kildare tattoo artist based in Rathangan has started up a fundraiser to raise funds for men who are suffering from self-harm and/or suicidal ideations.

He explains in his new video: "When you meet a man and ask him how is he doing, and he says 'I'm alright, I'm doing OK'... a lot of the times, that man is not doing OK."

"As men, we tend to hide a lot of our struggles, but we must remember that every single man that you know is fighting a battle that none of us know about.

He continued: "We all have struggles and problems; some of us cope better than others; some find it really hard.

"The main thing is that, for some reason, us men seem to think that asking for help is a sign of weakness.

"But I am here today to say to you, that when you are struggling with something, and you're finding things hard and you can't cope... reaching out to someone to ask for help, saying 'I need help,' is not a sign of weakness: in fact, it's a sign of sheer, brute strength."

Steve also said that while it's not the easiest thing to do, it is the right thing to do: "There is always someone there to listen, and sometimes that's all it takes, for someone to listen and understand."

"Look after each other, and the next time you ask someone how he's doing and he says 'Ah I'm OK,' just remember and be mindful and be careful, because things might not be OK: watch for the signs."

Steve's video, as well as a link to his fundraiser, can be viewed below.

Pieta House, also known as Pieta, was founded in 2006.

It provides a free, therapeutic approach to people who are in suicidal distress and those who engage in self-harm.

Further information about Pieta can be found by visiting pieta.ie.