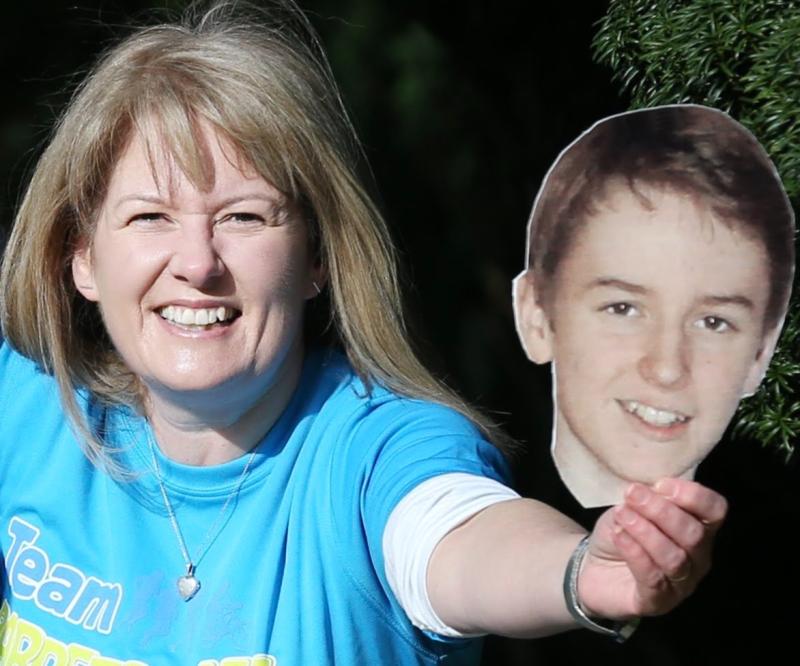 Orla is supporting Kildare based charity Barretstown, and her group – Ben for Barretstown – takes part in the Vhi Women’s Mini Marathon every year, to celebrate the life of her son Ben. Pic Supplied

The event is celebrating its 40th year in 2022 and will be a celebration of togetherness.

Whether you participate with friends, family or do it solo, you’ll be part of a special community: it is estimated that over €226 million has been raised for charities since the event began in 1983.

Representing Kildare at this year’s event will be Orla Wallace, who is from Caragh, County Kildare.

Orla is supporting Kildare based charity Barretstown, and her group – Ben for Barretstown – takes part in the Vhi Women’s Mini Marathon every year, to celebrate the life of her son Ben.

She explained: "Ben was a lovely, kind, positive young man who loved tennis and music and who in his 16 years in this world enriched the lives of so many. Ben was diagnosed with Leukaemia in 2011 at just 12 years of age.

"He received intensive treatment at Crumlin hospital for four years, and a Bone Marrow Transplant from his amazing sister Ava (then 8 years old), giving him more precious time with us. Ben brought himself through all of this with strength, positivity and always a smile. He departed this world in June 2015."

She added: "Our strong bond of love and connection continues. Having first experienced the wonder of Barretstown as a camper in 2012 and 2013, Ben later planned to be a volunteer.

"Throughout his illness, Ben helped Barretstown with fundraising, so it seems fitting that we continue what he started, bringing fun and laughter to children's lives as he brought so much to ours."

Founded by legendary Hollywood actor Paul Newman in 1994, Barretstown is an amazing life-affirming ‘adventure camp’ bringing fun and laughter to children with cancer and serious illness.

Barretstown’s mission is to rebuild the lives of these children and their families. Offering a range of adventurous and challenging activities, such as zip wires, high ropes, climbing walls, Barretstown gives children a break from hospital treatment and a chance to escape the loneliness of a serious illness.

Event to celebrate 50 years of Accord Newbridge in Kildare

Ben for Barretstown started out in the Vhi Women’s Mini Marathon with just 10 women in 2017 and more than 100 women took part in 2019.

The group has raised €70K for Barretstown to date, predominantly through the Mini Marathon.  They are looking forward to returning to Dublin this year.

Entries are open on www.vhiwomensminimarathon.ie. Every participant will receive a Vhi Women’s Mini Marathon 40th anniversary medal, a Vhi commemorative finisher t-shirt and exclusive access to the Official Event App.

As well as this, everyone who registers will receive a 20% discount code for Intersport Elverys.

Motoring review: The MG5 EV is a roomy and good value for money new electric estate

This year, for the first time, the Vhi Women’s Mini Marathon will take place as a hybrid event, meaning the event is offering both physical and virtual options for participants who wish to take part in the 10km from anywhere in the country (or world!).

A limited number of entries for the virtual event will open after Easter.

The Mini Marathon takes place in Dublin on Sunday, June 5.