Kildare's own Ruby Walsh confirmed for the Punchestown 2022 team 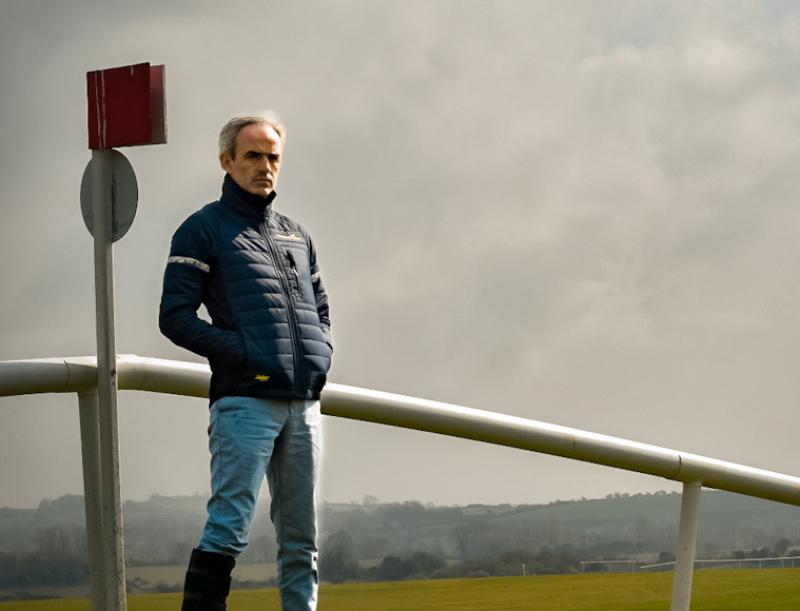 Acclaimed Kildare jockey Ruby Walsh has been confirmed for the Punchestown 2022 team.

The racecourse said that Walsh will join the latest iteration of the festival as a Brand Champion: a move that will see the 12 time champion jockey officially champion the home of Irish jump racing.

Born and raised only a few miles as the crow flies from the famous venue, Punchestown has been the stage for many highlights of Walsh’s illustrious career.

As a result, his new role at the home of Irish jump racing extends beyond that of brand ambassador, consultant, expert or advisor.

Walsh will work alongside the Punchestown team as they continue to improve, enhance and safeguard the future of the iconic racecourse.

Looking forward to embracing the role, Walsh said: "For me Punchestown is home and there's no where like home.

"It's is such a special place for me and my family; it’s always been a massive part of my life ever since I was a kid riding ponies and now I bring my own girls there for pony camp.

He continued: "From the festival in spring to the launch of the national hunt proper in the autumn I always seem to be at Punchestown whatever the season.

"This is more than a passion project and I will focus on areas that I consider to be key to the quality and appeal of racing such as attracting more UK runners to the festival and throughout the season... it’s a fantastic track with brilliant prize money and great hospitality for connections.

Walsh also pointed to the fact that 2023 Punchestown celebrates 200 years of the festival: "Obviously whilst I won’t be around to see it, I’d like to make a contribution  and play my part in safe guarding the home of Irish jump racing for another 200 years!" 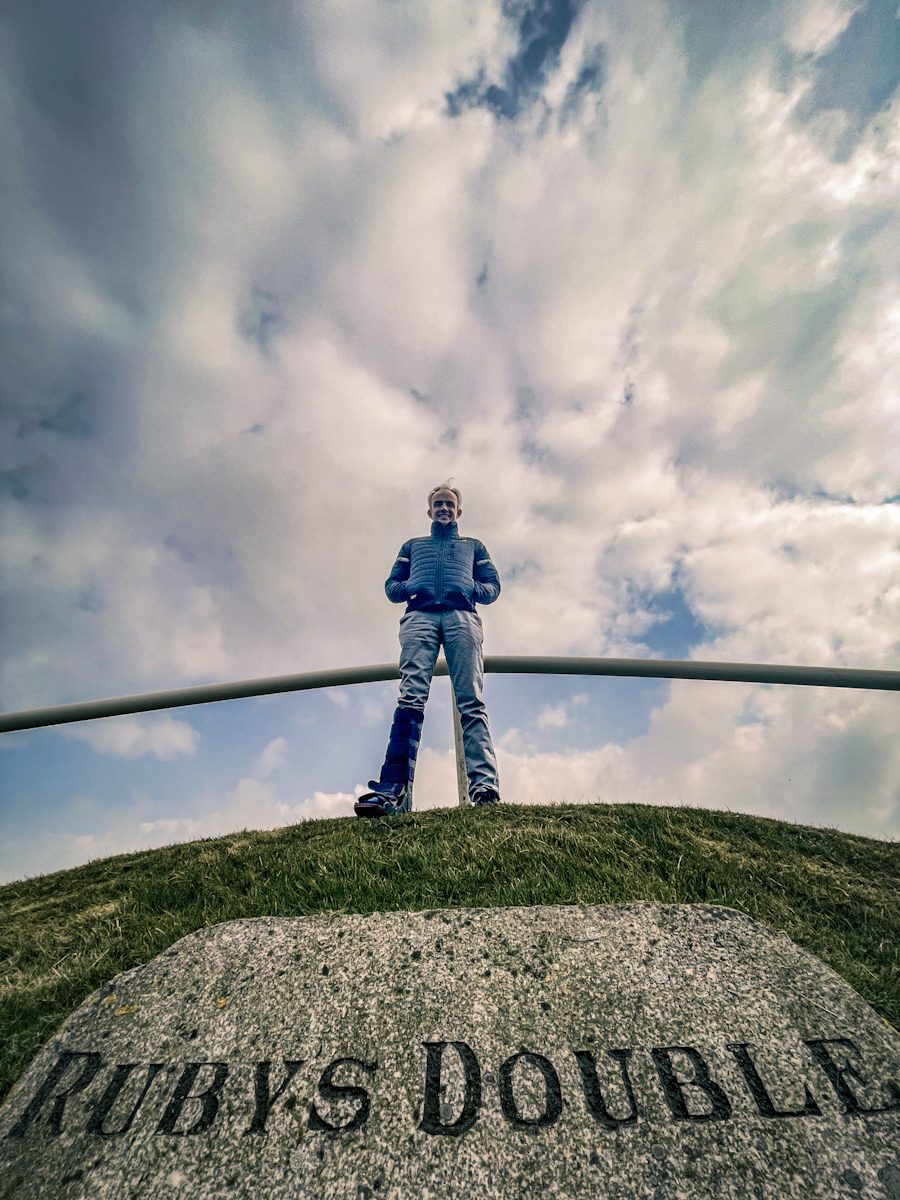 Ruby Walsh stands on Ruby's Double, the famous obstacle named after his grandfather and namesake which is part of the Punchestown cross-country course

Conor O' Neill, CEO of Punchestown welcomed Walsh to the festival: "Ruby has proven himself to be as capable on the ground as in the saddle when it comes to strategy, policy and the general awareness of the realities of balancing the commerciality of racing as a product whilst respecting the tradition and heritage of the game and the contribution of those who invest in it.

"With an incredible network of contacts and a career that has spanned 24 years, 213 grade one wins, 12 jockey championships and success in Ireland, the UK, Japan, Australia, France and the United States qualifies Ruby as somewhat of an expert in our eyes!"

The Walsh family is intrinsically linked to Punchestown: the only track in Ireland to showcase the traditional cross-country style racing.

The track features the synonymous 'Ruby’s Double' a grass double bank which was erected in 1995 by the Moran Family of Pennsylvania in memory of their friend Ruby Walsh senior, father of Ted.

The Morans also owned 2000 Grand National and Irish National hero Papillon, who was trained by Ted and ridden by Ruby.

Both Ruby’s sister, top amateur Katie, and sister-in-law Nina Carberry decided to hang up their boots with winning rides at the 2018 Punchestown Festival.

Ruby Walsh is also best known as the jockey with the most-wins in what is now the Ladbrokes Punchestown Gold Cup and the Paddy Power Champion Hurdle with six wins in each.

Walsh’s gold cup story begins at the very start: upgraded from a handicap, 1999 was the inaugural running of the Grade 1 Punchestown Gold Cup that we know today. The horse was Imperial Call who in 1996 became the first Irish trained horse to win the Cheltenham Gold cup after a ten-year drought.

Imperial Call's career was interrupted by injury but as a ten-year-old now trained by Ray Hurley with a 19-year-old Ruby Walsh on his back, Imperial Call returned to the winners enclosure and entered the history books as the first winner of the Punchetsown Gold Cup.

The following year an even better tale comes to fruition: Ruby and his father Ted team up to win the Aintree Grand National with Papillion. The show rolls on to Easter at Fairyhouse: another national in the bag this time with Commanche Court.

KILDARE WILDLIFE WATCH: The wetland bird that can fake an injury

Fast forward a couple of weeks to Punchestown and the Dermot Desmond owned ‘Commanche’ steps up to grade 1 glory in the Punchestown Gold Cup. At 20 years of age Ruby Walsh has exceeded and excelled.

Soon after Walsh was balancing a hugely successful arrangement as first rider for both Willie Mullins and Paul Nicholls. The Walsh-Nicholls partnership certainly benefited Punchestown  whilst reaping rewards for the duo and to this day Neptune Collonge is the only back to back winner of the Punchestown Gold Cup.

Two of Walsh's three Punchestown champion wins came from the Nicholls stable with the quirky Twist Magic (2008) and the brilliant Master Minded (2009).

The Punchestown champion hurdle has been the stage for some of Walsh’s most memorable Punchestown moments: the  Hurricane Fly dominated the number one spot for four consecutive years and whilst Walsh missed out on the 2010 win due to injury it was a copy and paste scenario in 2011, ‘12 and ‘13; Vroum Vroum Mag and the wonderful Faugheen delivered the goods in 2015 and 2016 respectively.

In 2019, a gold cup win once more graced the Walsh family members, who were seen with visible emotion etched all over their faces.

According to a spokesperson for Punchestown: "One thing is sure: what Ruby Walsh applies himself to he succeeds at through dedication, strategic thinking and hard work and Punchestown will continue to be a beneficiary of this sporting icon."

The 2022 Punchestown Festival takes place from Tuesday 26 to Saturday 30 April.