Two Kildare men chosen to be 2019 Rose of Tralee escorts 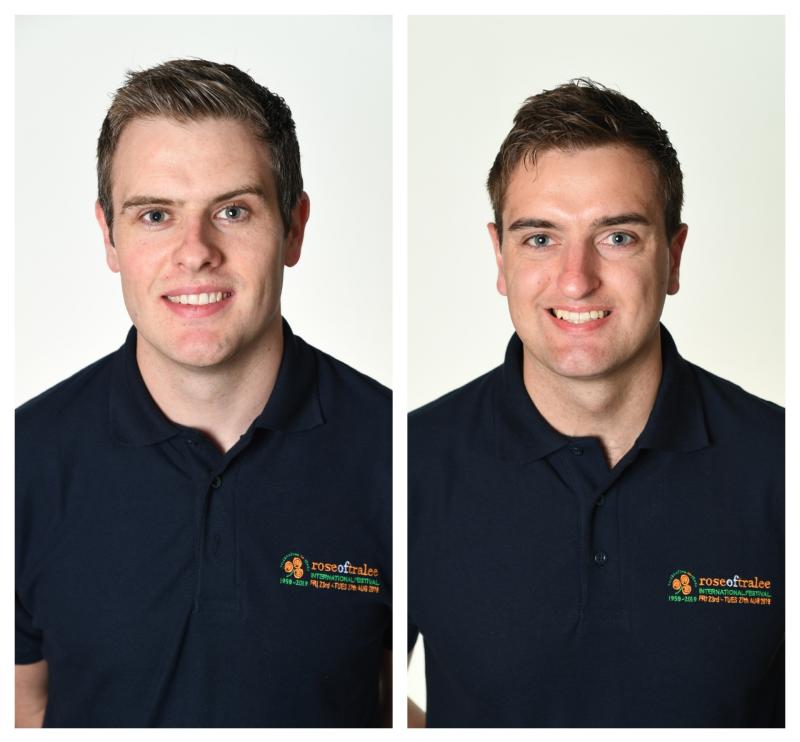 Two Kildare men have been selected to be Rose Escorts at the Rose of Tralee International Festival which celebrates 60 years from August 23 to 27 2019.

Both from Celbridge, Adam Hewitt (29) a marketing executive and Luke O'Sullivan (29) an Air Corps Officer took park in the annual Boot Camp along the Wild Atlantic Way in Kerry, after which 32 men were shortlisted to accompany the Roses at this year’s festival in Tralee.

The lads, who already came through an interview process in April, had to pass several endurance tests and team-building exercises before they could graduate as fully-fledged Rose Escorts.

The lads, all aged 21 to 30, had to carry out a range of activities including a hike over Carrauntoohill - Ireland’s highest mountain - cliff diving, abseiling, cookery, swimming, kayaking, surfing, ironing and sewing in order to prove they will have the stamina to be a Rose Escort.

This year’s Rose Escort Boot Camp activities were supported by Kerry County Council who played a major role in the transport and logistics of the event.

Over the course of the weekend, the Rose Escorts experienced the visitor facilities in Killarney, Killorglin, Cappanalea, Rossbeigh Beach and Tralee.

One of the 32 men will be selected as the Rose Escort of the Year live on RTÉ One on Monday August 26.