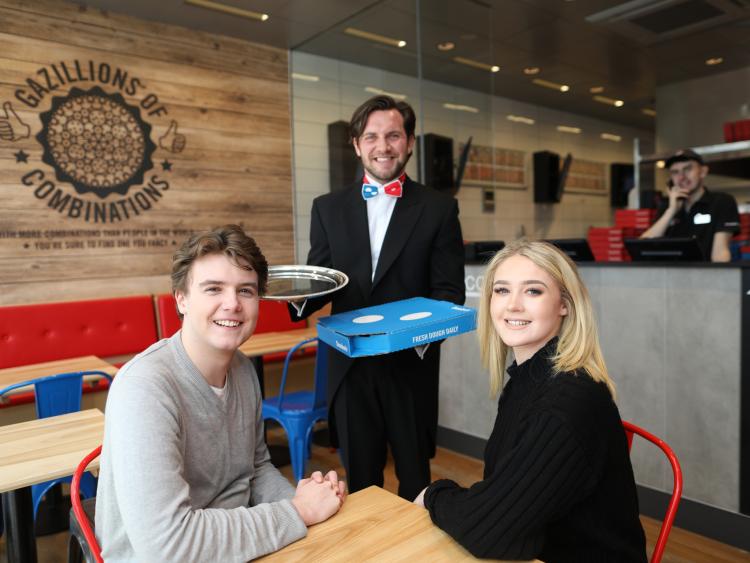 Domino's to open in Newbridge

A new Domino's pizza store has officially opened in Newbridge.

The store is located at Unit 12 Newbridge Retail Park, on the Athgarvan Road.

All pizza fans who visit Domino’s Newbridge between Monday, May 27 to Sunday June 2 can enter the competition to win the trays by completing a simple form to be entered into a draw.

The five winners, who will be selected at random, will join the Domi-Butler in store on Thursday June 6 at 12 noon to win a large pizza of their choice and the iconic Newbridge Silverware pizza platter.