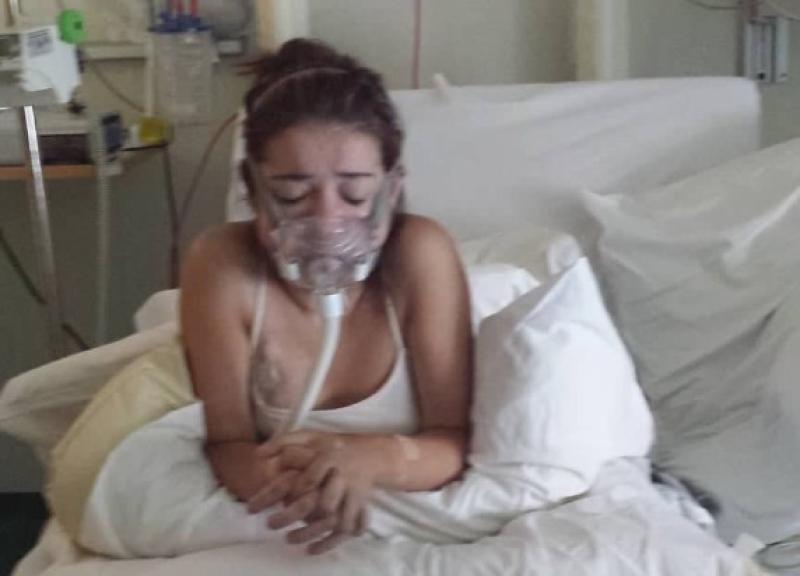 Local ambulance personnel put their jobs on the line when they broke the rules to rush a gravely ill Newbridge Cystic Fibrosis (CF) patient to St Vincent’s Hospital, despite orders she had to be taken to Naas A&E.

Lisa Dowling, 24, lost her brother Aaron and twin sister, Nicole to complications from CF. She is on 40 bottles of oxygen a month.

Read also: Work has commenced at the site of Newbridge skatepark

“I have served in East Timor, Kosovo, the Lebanon, I have seen fear in children’s eyes. When she was there coughing up blood and the adults were all arguing for an hour and a twenty minutes over where the ambulance could bring her, I could see she was terrified,” he said.

“We don’t abuse the ambulance service. We only call 999 when it’s an emergency and we appreciate the service,” explained Jude.

When the ambulance arrived, the paramedics said they would have to bring Lisa to Naas A&E. Her mum Audrey said she had a place in St Vincent’s in the special isolation ward and she couldn’t be taken to A&E because of the high risk of infection.

However, the ambulance personnel said they couldn’t bring her there because of protocol. They said they had to bring the patient to the nearest emergency department.

“They rang their boss but got no decision. They waited for an hour and twenty minutes as they remained at the house and treated Lisa. Eventually I said, I was going to put her in the car and bring her up,” explained Jude.

“They said ‘no, we will bring her’. I have nothing but the height of respect for those ambulance men. They could have lost their jobs. It’s not their fault. The protocol is wrong. Thank God common sense prevailed.

“If they are called out to help a pregnant woman, they bring her to the hospital she is attending, the Coombe, the Rotunda, whereever, they don’t bring her to A&E.”

After the ambulance drivers got to St Vincent’s they got the call giving them permission to bring Lisa. This was four hours from the time they made the initial call seeking approval.

Meanwhile, Lisa has been diagnosed with Pneumonia in both lungs and remains in hospital.

Jude said;“We had the same problem a few months ago. They (the ambulance) came and they wanted to take her to A&E in Naas.

“The ambulance brought her to Naas and then I brought her up in my car. But if she went into cardiac arrest or something happened her, we wouldn’t know what to do. They said the ambulance could go to Newlands Cross and wait for a Dublin ambulance to come out and get her but we said ‘no, we are not waiting any longer’.”

Newbridge Cllr Murty Aspell said: “It’s a terrible reflection on our system that an ambulance crew from Naas General Hospital had to put their jobs on the line as they took it upon themselves to transport a CF patient to St Vincent’s Hospital. This area of our healthcare system needs to be seriously look at.”

The HSE said the National Ambulance Service cannot comment on individual cases. However, it said the family could contact them to discuss the matter.

“The National Ambulance Service are always happy to discuss any issues with the patient or their family directly,” it added.