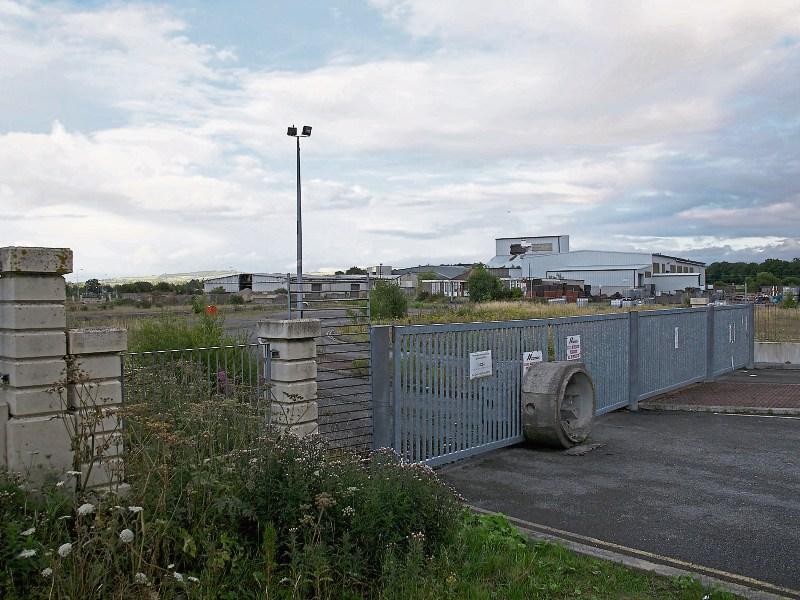 The site of the old Cemex plant in Naas, where Applegreen proposes to build

The Applegreen proposal for a huge service station and training centre on the outskirts of Naas — which could provide 400 jobs — is likely to come before Kildare County Council within a year.

Just over three years ago the company successfully applied to the council for planning permission to construct the station at the former Cemex plant, a concrete pipe manufacturing facility which has effectively been derelict since it closed down for economic reasons almost 11 years ago.

The project entailed the demolition of buildings on the almost 10,000 square metre site followed by the building of a three global training hub, a logistics and food research/production facility, 10 fuel pumps, a shop, food court, and a drive through coffee facility.

It plans a total of 434 parking spaces, sixteen coach spaces and sixteen motorcycle spaces. However the application was withdrawn before An Bord Pleanala decided on an appeal. The proposal attracted opposition from a number of parties.

Among the appeals lodged was one from Applegreen which queried the levies being charged by Kildare County Council. The company sought a reduction of over €600,00o in the levies bill it would have to pay.

The appeals also include one from Transport Infrastructure Ireland, which is the state agency responsible for national road and public transport infrastructure.

It is understood that TII has concerns about the construction of an offline (off the motorway) service station. Most of the councillors serving the Naas area are in favour of altering the Naas local area plan, which outlines in broad terms how building development will be managed for six year periods.

This alteration is likely to address TII’s concerns about traffic issues.

TII also expressed concern about the impact of ongoing works to widen the Naas to Newbridge route to three lanes on either side and how this project will impact on the service station plans.

It is not known when the LAP will be completed but work is approaching a conclusion and it would be put forward and passed early in 2019 and the motorway widening work would be completed before Applegreen resubmits its application.