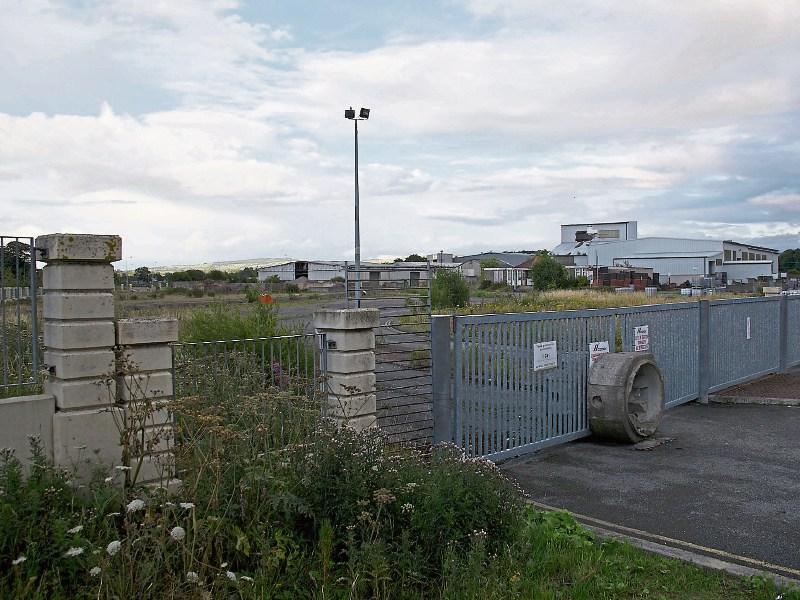 Entrance to the site near Naas roundabout

KILDARE County Council has heard a proposal to change its service station policy to enable Applegreen use a site near the big ball in Naas.

The motion was tabled by Cllr Fintan Brett for the June 26 meeting of the Council but in his absence, Cllr Robert Power proposed it.

The motion has been deferred.

Cllr Power said Applegreen was interested in using the site and including a petrol station but, he said, there could be barriers.

Cllr Mark Stafford said without a change in the Plan, they would be leaving the decision largely in the hands of Transport Ireland.

Cllr Brett want to vary Chapter 17.13.6 of the County Development Plan 2017-2023  to read that the council supports the development of online and offline service facilities in appropriate locations in accordance with the guidance set out in the Spatial Planning and National Roads Guidelines for Planning Authorities – Department of Environment, Community and Local Government (2012).

Cllr Mark Lynch asked if they could vote on the merits of the particular site in question.

Mayor Ivan Keatley said the motion did not refer to a specific site.

Cllr Seamie Moore said the site could provide 300 jobs but could also displace other jobs elsewhere in the town.

Cllr Brendan Young said that any change to the plan should be specific to avoid knock on effects elsewhere.

Cllr Robert Power said Applegreen had withdrawn an application for the site previously probably because they did not think they had a strong enough case at the time.

In a report to members,  Peter Minnock, the Planning Director of Service, told the meeting that the CDP was adequate.

appropriate locations in accordance with the guidance set out in the Spatial Planning and National Roads Guidelines for Planning Authorities, DECLG (2012). “The Council will consider proposals for off line service facilities at appropriate locations where on-line services are not planned and it is demonstrated that the proposal is: in accordance with national guidance on the provision of motorway service areas;  meet the needs of road users on the national road network; would not unduly impact on the safety, capacity or efficiency of the road network; and would not impact negatively on the vibrancy and vitality of nearby town or village centres.”

Mr Minnock said that under the guidelines, facilities proposed for inclusion in all service areas should be of a type that avoids the attraction of short, local trips, a class of traffic that is inconsistent with the primary intended role for national roads and associated junctions in catering for strategic long-distance inter-urban and inter-regional traffic.Furthermore, to permit a service area to become a destination for local customers would be contrary to Government planning policy on retail and town centres as set out in Retail Planning Guidelines.

As the off-line service facility issue is addressed in the County Development Plan, it is not considered that a variation of the CDP is required to strengthen the policy.”

Mr Minnock told the meeting they would like to see the site developed but Bord Pleanala and Transport Infrastructure Ireland had strong views on it.

At the end of the debate, Mayor Keatley suggest the matter be sent back to the Council’s transport Strategic Policy Committee.