VIDEO: Watch as Kilcullen schoolkids release poisoned buzzard back into the wild 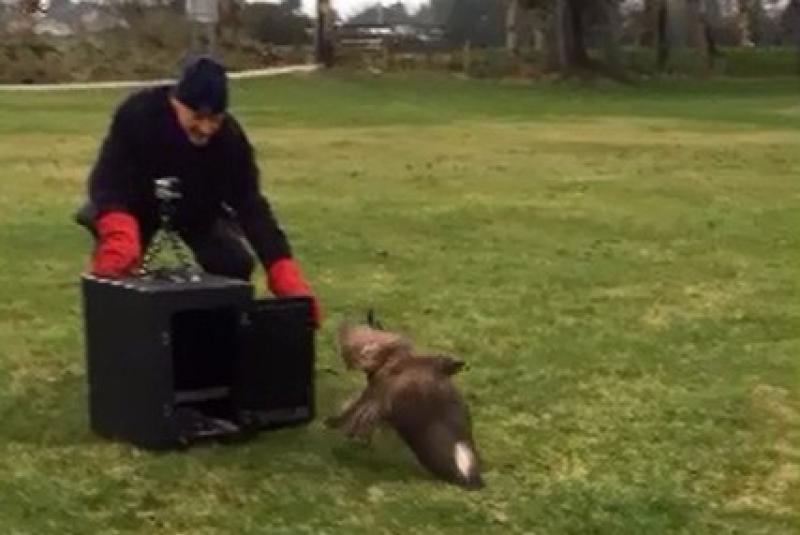 The buzzard being released this morning at Scoil Bhride, Kilcullen

A buzzard discovered by school children in Kilcullen before Christmas was released from captivity earlier today.

The buzzard, a young female, which had, according to staff of Kildare Animal Foundation, been poisoned, was found by children at Scoil Bhríde early one morning last December.

And this morning, now nursed back to full health, she was released to the wild to the delight of the school community, only a few metres away from where she had been found.

Releasing her in that location, staff at Kildare Animal Foundation believe, would help her find her bearings.

Lorraine Wyse of Kildare Animal Foundation spoke to the school children about the buzzard and the work of the Foundation generally, before the bird was released.

See the moment the buzzard was released below: