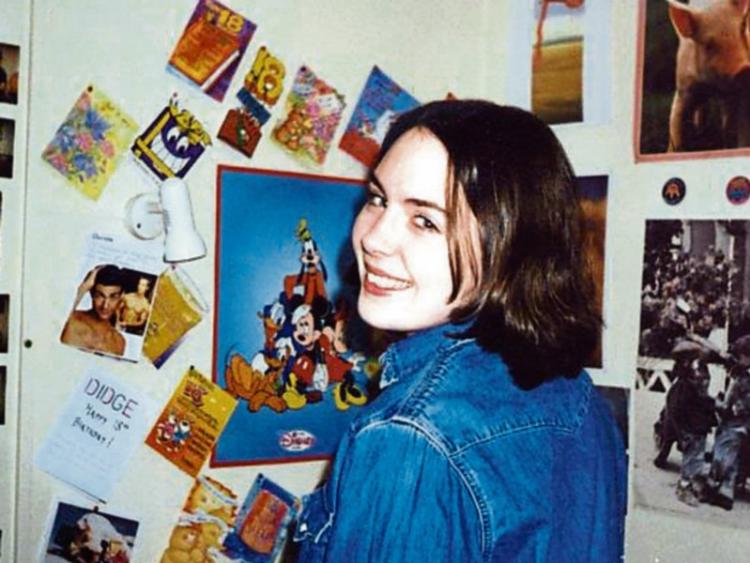 A new poster has been launched to help with the search for missing Newbridge woman Deirdre Jacob.

Newbridge Kildare Lions Club, along with Deirdre’s parents Michael and Bernie Jacob, has released the new poster campaign to highlight the disappearance of the student teacher on July 28, 1998.

Lions Clubs in neighbouring counties have also agreed to take part in the poster campaign.

The poster contains an image of the black bag with the distinctive ‘CAT’ logo that Deirdre was carrying when she disappeared.

The poster campaign will coincide with this year’s National Missing Persons Day, which is being marked by an event in Farmleigh House today, December 7.

It is hoped the poster will maintain local awareness of the circumstances of Deirdre’s disappearance. 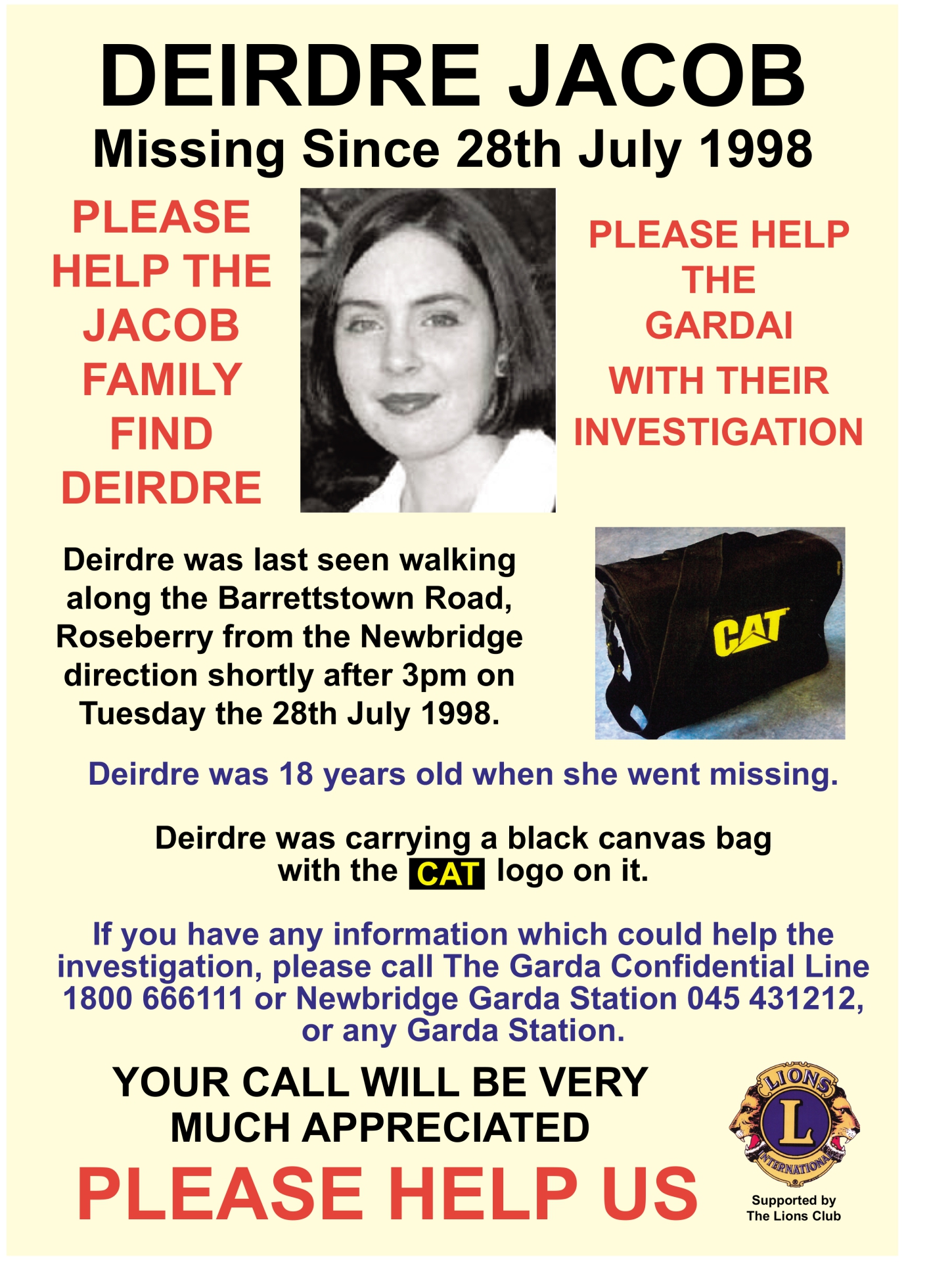 Deirdre, then aged just 18, was last seen shortly after 3pm walking from Newbridge to her home in Roseberry on Tuesday, July 28, 1998.

Despite repeated appeals, no trace has yet been found of the young woman.

Anyone who may have information related to Deirdre’s disappearance is asked to contact The Garda Confidential Line on 1800 666111 or any Garda Station.