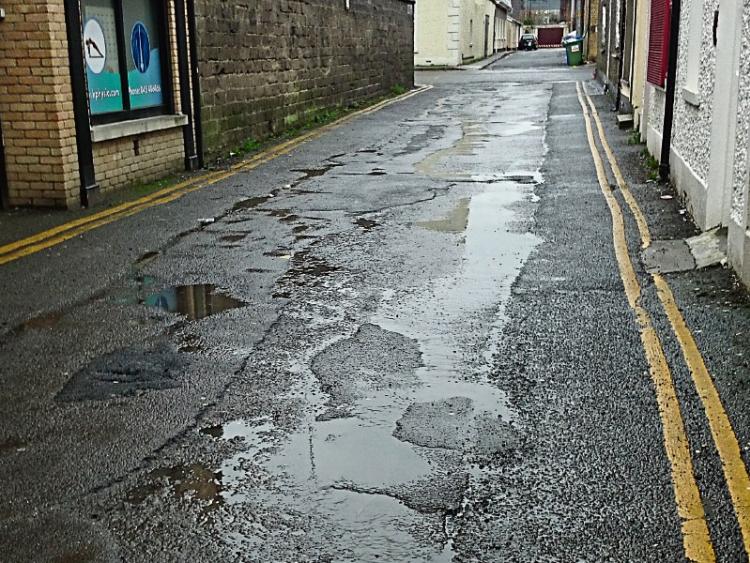 A picture taken last February of the potholes on Limerick Lane

Efforts to revamp the town centre of Newbridge are underway with a plan being drawn up by Kildare County Council.

The National Transport Authority (NTA) has indicated it may be willing to co-fund the plan with the local authority.

However, the local authority has to first draw up a proposal and submit it to the NTA. Despite indications from the national body that it would be “receptive”, no definitive commitment has been given for funding, and councillors are frustrated with the lack of progress.

Over the past several months, councillors have continually raised the need for a cohesive town centre redevelopment plan to tackle crumbling footpaths, litter blackspots, undergrounding of cables, potholed street surfaces and derelict properties, most of which are located on the back streets, just yards from Main Street and Edward Street.

In the wake of the national Tidy Towns results, the local association also called for action to be taken. Despite having gained two marks, it said it didn’t forsee further significant progress without a town centre redevelopment plan being put in place.

Several local businesses located on the back streets have also campaigned on the issue for several years.