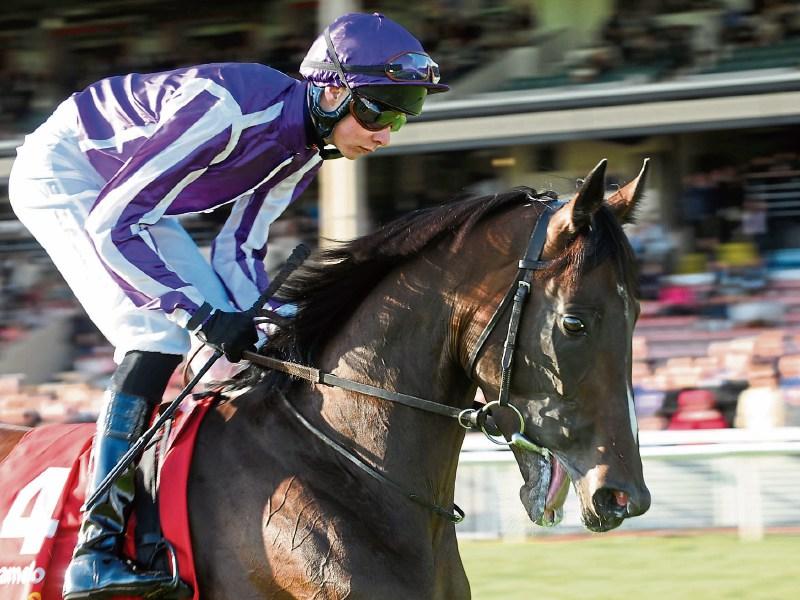 File photo of retired jockey Joseph O'Brien aboard Derby winner Camelot - the tall O'Brien is unlikely to be affected by the kerb issues raised by Cllr Doyle...

Some kerbs in Kildare town are too high, according to Cllr Suzanne Doyle.

“I have seen elderly people carrying their shopping trying to get up and down them,” she said.

Speaking at the Kildare Newbridge council municipal district meeting last month, she added that for vertically challenged people, like herself, and the many jockeys and former jockeys, who access the town, it was a real problem.

Cllr Sean Power joked: “I’m sure if the jockeys can get up on a horse, they should have no problem getting up on the kerb.”

Cllr Doyle was responding to a query raised by Cllr Joanne Pender who asked the council to assess the footpaths for accessibility and to ensure the parking laws were enforced around the primary school.

Area engineer, Damien McNulty said the kerbs were a standard height and the aim was to encourage people to cross the road at designated crossings to ensure safety, not at random points, He said major work needed to be carried out on footpaths and it would be better to do it all in one rather than on a piecemeal basis.

A previous study found the cost to be €970,000 and there is no funding available.