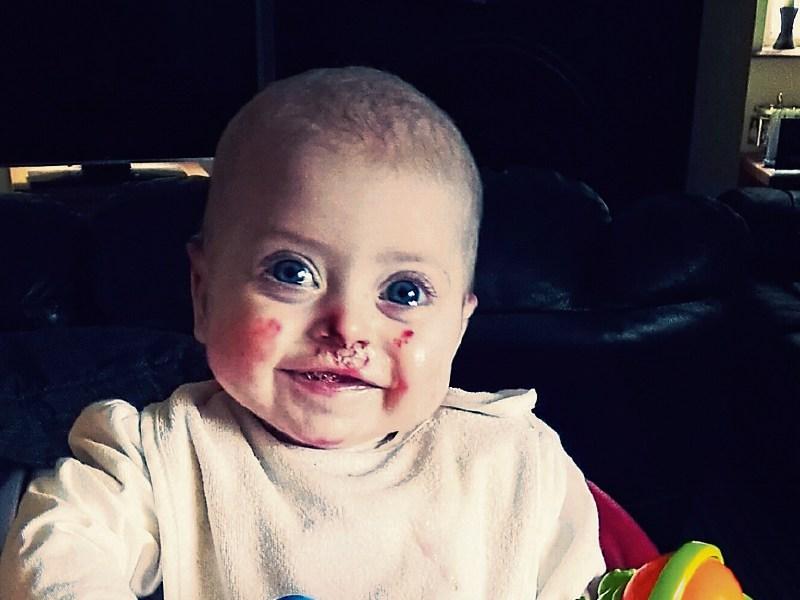 A young mother whose baby daughter died of a rare form of butterfly skin disease EB (epidermolysis bullosa) has raised €15,000 to help others with the condition and is now appealing for more Kildare women to get involved.

Now the young couple are asking women from Kildare to join the Debra Ireland team in the VHI Women's Mini Marathon on June 5 and help the 300 people in Ireland living with the incredible painful skin condition that causes the skin layers and internal body linings to blister and wound at the slightest touch.

"Lola was one in a million to us, EB is a rare disease and only 5% of those who have it get the severe junctional form of EB that she was born with," said María.

"Lola had internal blisters on her airways and digestive system so she struggled with breathing and feeding but despite her condition she was a happy, smiling baby and we have lovely memories of our time with her."

There is currently no known cure for EB and the only treatment is constant painful bandaging of the skin.

In March friends and neighbours rallied around the young couple forming a 53 strong team of runners to take part in the Debra Ireland Wicklow Mountains Challenge where they raised €15,000 for EB.

Originally from Spain, former TV producer María met her partner Barry when she came to Ireland during the recession to improve her English.

María had heard of EB butterfly skin but had no real knowledge of the condition before Lola was born.

"My pregnancy was normal but when Lola was born we knew immediately that something was wrong.

"I was still recovering two hours later when the midwife said it could be EB but they couldn't confirm anything.”

The diagnosis, when they did get it several weeks later, was devastating for the first-time parents.

"We were told Lola had the severest form of EB and would live for only nine to 12 months. She died in November at seven months and one day old.

"Lola taught us so many things, we were able to concentrate a lifetime into those seven months.

"Lola was born on April 26 so on the 26 of every month we celebrated her birthday, with cake, candles and balloons.

"Because we knew the diagnosis we were able to focus on what was important and create as many memories with her as we could," said María.

To find out more or register for Debra's Mini Marathon team see www.debraireland.org or call (01) 412 6924.