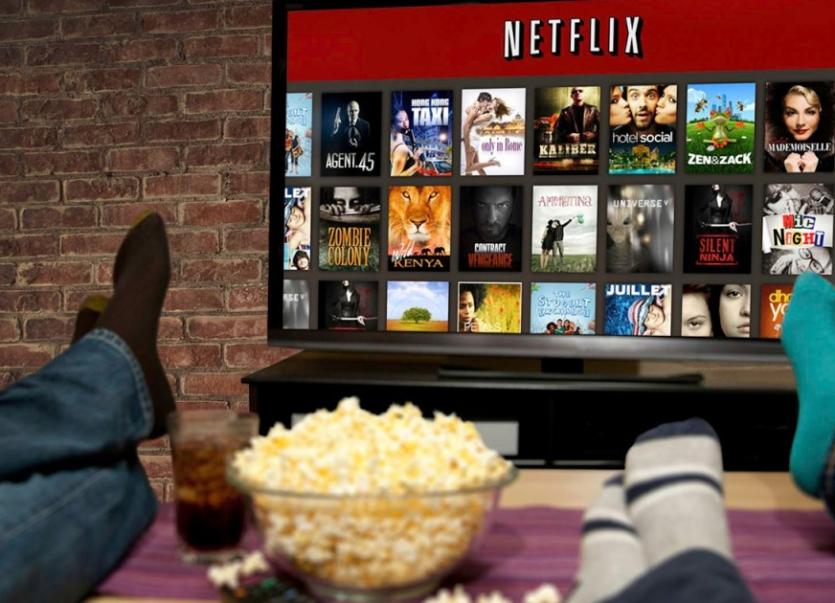 Netflix has released the details of all the new shows and movies coming to the streaming platform in May. With Taoiseach Leo Varadkar likely to extend our current lockdown for at least two weeks, these could come in handy!

A new limited series from Ryan Murphy and Ian Brennan, HOLLYWOOD follows a group of aspiring actors and filmmakers in post-World War II Hollywood as they try to make it in Tinseltown — no matter the cost. Each character offers a unique glimpse behind the gilded curtain of Hollywood's Golden Age, spotlighting the unfair systems and biases across race, gender and sexuality that continue to this day. Provocative and incisive, HOLLYWOOD exposes and examines decades-old power dynamics, and what the entertainment landscape might look like if they had been dismantled.

In the wake of the conspiracy, Lorenzo is driven by vengeance. Giuliano’s son appears while the Medici fortune hangs in the balance on the eve of war.

When the sun suddenly starts killing everything in its path, passengers on an overnight flight from Brussels attempt to survive by any means necessary.

Big changes are in the air as the moms stand up for their children, their partners, their businesses — and more importantly, themselves.

Jen (Christina Applegate), Judy (Linda Cardellini) and the lies that entwine them are back. Picking up in the aftermath of that bloody backyard reveal, the irrepressible pair once again struggle to keep their secrets buried. With a surprising new visitor in town and Detective Perez (Diana Maria Riva) hot on their heels, Jen and Judy take drastic measures to protect their loved ones and each other -- no matter the cost. From Emmy Award-winning creator Liz Feldman, Dead to Me returns for an addictively dark second season, where the stakes are higher, the friendship is deeper and the traumas that bond loom larger than ever before.

Set in the vibrant multicultural neighbourhoods of modern-day Paris, THE EDDY tells the story of the owner of a struggling club, its house band and the dangers they face from the chaotic city that surrounds them.

A writer in a creative and marital crisis finds refuge and support in her three best friends. Based on the novels by Elisabet Benavent.

The experts continue on their international restaurant rescue mission. With a little encouragement and a lot of overhaul, miracles can happen.

Life motors on as Mike and the gang restore a slew of classics, including some good ole Detroit muscle. Also, Avery takes on a new role at the shop.

While juggling concerns about his family's future and a spate of new crimes, Kari squares off against an adversary who's been studying his past cases.

A magician hired for a party lands in hot water when he makes a drug boss disappear during a performance -- but is then unable to make him reappear!

From the teams that brought you La Casa de Papel (writer) and The Crown (production company) comes WHITE LINES. The body of a legendary Manchester DJ is discovered twenty years after his mysterious disappearance from Ibiza. When his sister returns to the beautiful Spanish island to find out what happened, her investigation leads her through a thrilling world of dance clubs, lies and cover-ups, forcing her to confront the darker sides of her own character in a place where people live life on the edge. The dialogue is in a mix of English and Spanish. Laura Haddock (Guardians of the Galaxy, Transformers: The Last Knight), Marta Milans  (Shazam, The Pier), Juan Diego Botto (Good Behavior), Nuno Lopes (Saint George, Lines of Wellington), Daniel Mays (Line of Duty), Rogue One: A Star Wars Story), Laurence Fox (Victoria, Lewis) and Angela Griffin (Turn Up Charlie, The Detail).

He’s back to pull a rabbit out of a ... piñata? Justin Willman always surprises with frisky magic skills that amuse and charm, trick and disarm.

Unemployed and desperate to turn his life around, Alain Delambre is ready to do anything to secure a job at corporate giant Exxya.

Years after Spanish conquistador Pedro de Heredia betrayed her people and broke her heart, indigenous woman Catalina reenters his life to get revenge.

Teams of florists, sculptors and garden designers push their talents to the limit to create extravagant floral installations in this competition show.

Maddie Townsend has a lot on her plate -- including three kids, a cheating husband and one unlikely suitor who has everyone in town talking.

The modern-day reboot of the iconic soap that follows two of America's wealthiest families returns for Season 3.

The animated series returns for Season 2, with the entire gang transformed into cartoons.

When a hacker begins releasing students' secrets to the entire high school, the socially isolated but observant Sofía works to uncover his/her identity.

A comedy series about the people tasked with creating Space Force, a new branch of the U.S. military. From Greg Daniels and star Steve Carell.

Snowpiercer (Coming in May)

In this futuristic thriller, the world has become a frozen wasteland, and the remaining humans inhabit a giant train that perpetually circles the globe.

On their return from vacation, a family find their house occupied by disturbing squatters.

While serving life in prison, a young man looks back at the people, the circumstances and the system that set him on the path toward his crime.

When a doctor gets jailed for a string of shocking murders, his loyal wife sets out to commit a copycat crime to prove his innocence.

Images A pregnant mother with terminal cancer leaves behind 18 sentimental gifts for her unborn daughter to receive every birthday until she reaches womanhood.

Tim thinks he's invited the woman of his dreams on a work retreat to Hawaii, realizing too late he mistakenly asked someone from a nightmare blind date.

Kimmy sets off on her biggest adventure yet. Three states! Explosions! A dancing hamburger! And you, the viewer, get to decide how the story goes.

After he loses his girlfriend and his job on the same day, a man in his 30s sees his life turned upside down.

When Omar's grandfather forces him to get a job at a tech company in Mexico City, he meets a quirky ensemble of nine-to-fivers ... and some nemeses.

A couple (Issa Rae & Kumail Nanjiani) experiences a defining moment in their relationship when they are unintentionally embroiled in a murder mystery. As their journey to clear their names takes them from one extreme – and hilarious – circumstance to the next, they must figure out how they, and their relationship, can survive the night.

In the mountains of Monterrey, Mexico, a small street gang named “Los Terkos” spend their days listening to slowed down cumbia music and attending dance parties, showing off their outfits, hairstyles and gang alliances. These different bands of disaffected youth refer to themselves as Kolombianos, combining the Cholo culture with Colombian music. Ulises Samperio (17), the leader of Los Terkos, tries to protect his friends from the nefarious elements of a quickly evolving drug/political war, but after a misunderstanding with a local cartel, he is forced to leave for Jackson Heights, Queens, a diverse immigrant community in New York City. Ulises tries to assimilate, but when he learns that his gang and the whole Kolombia culture is under threat, he questions his place in America and longs to return home.

A rookie cop (Luisana Lopilato) and a police detective (Joaquín Furriel) investigate the murder of a woman, 19, whose best friend is the prime suspect.

Jerry Seinfeld’s new hour-long special, Jerry Seinfeld: 23 Hours to Kill, reinforces his reputation as the precision-craftsman of stand-up comedy. Premiering on May 5, 2020, only on Netflix, the special features a spectacular arrival to the Beacon Theatre in New York City, and showcases Seinfeld’s sharp angles on everyday life, uncovering comedy in the commonplace.

Like the ancient grains of Babylon, Patton provides a healthy dose of witticism in his newest Netflix comedy special, Patton Oswalt: I Love Everything. Enjoy yourself as the Emmy and Grammy winning comedian reflects on hilarious existential anecdotes after recently embracing his fifties, which includes attending his daughter’s second-grade art show that cost him the chance to board a full-scale Millennium Falcon or how buying a house is like hiring a suicide squad of superhuman subcontractors. Patton Oswalt: I Love Everything premieres globally on Netflix on May 19, 2020. And stick around post-credits for Bob Rubin: Oddities & Rarities, a bonus one-hour comedy special presented by Patton himself!

Emmy and Peabody award winning comedian Hannah Gadsby stopped the comedy world in its tracks with her genre bending show, Nanette. Having given herself her very own tough act to follow, she named her difficult second album after her eldest dog and took it for a walk across the planet, finishing up in Los Angeles and recording her second Netflix comedy special, Hannah Gadbsy: Douglas.  You can expect your expectations to be set and met by Douglas: a tour from the dog park to the renaissance and back guided by one of comedy’s most sparkling and surprising minds.  Hannah Gadsby: Douglas premieres globally on Netflix on May 26, 2020.

BECOMING is an intimate look into the life of former First Lady Michelle Obama during a moment of profound change, not only for her personally but for the country she and her husband served over eight impactful years in the White House. The film offers a rare and up-close look at her life, taking viewers behind the scenes as she embarks on a 34-city tour that highlights the power of community to bridge our divides and the spirit of connection that comes when we openly and honestly share our stories.

Celebrities recall their most mind-bending trips via animations, re-enactments and more in this comedic documentary exploring the story of psychedelics.

In this true crime documentary series, history's most dramatic trials are examined with an emphasis on how the media may have impacted verdicts.

The Carson kids win a talent show with a dance that Cory created. But when "The Chrissy" catches on, his sister gets all of the attention!

This fun, silly series teaches preschoolers about the mechanical world and how things work. Based on Chris Monroe's picture book series.

After discovering the truth behind the Hollow, friends Adam, Mira and Kai must face their fears and tackle even bigger challenges together.

Through the magic of the Story Spinner, True and friends create their own versions of Pinocchio, Little Red Riding Hood and other classic fairy tales.

As the princesses prepare to face Horde Prime and his hive mind army in one final battle, Adora must confront her most elusive adversary yet: herself.

Hairdresser by day, freelance hit man by night. The series about an underpaid, scissor-wielding assassin who's not quite cut out for the job returns for Season 2.

Amnesiac Caiman seeks to undo his lizard head curse by killing the sorcerer responsible, with his friend Nikaido's help. In the Hole, that's a threat.