The ghosts of Christmas past growing up in Kildare 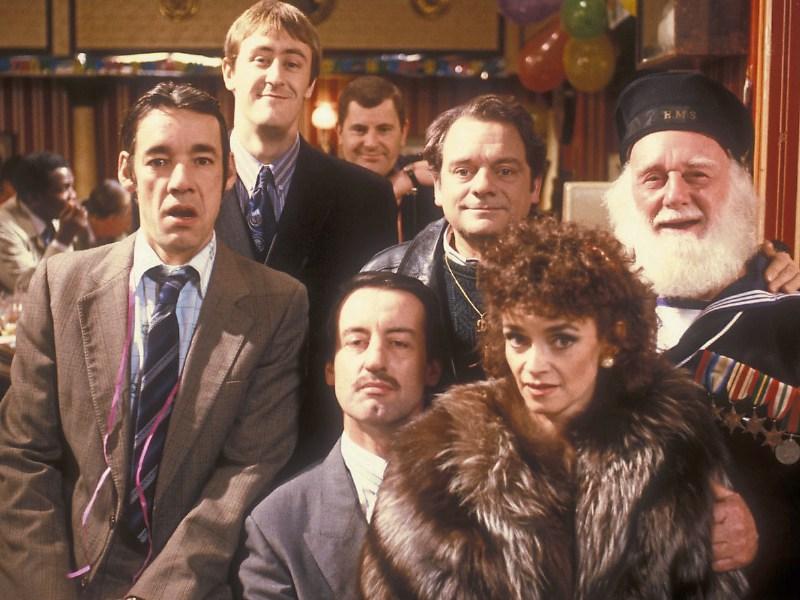 Musically, it’s almost impossible to imagine a time before Dave Fanning started spinning Shane MacGowan’s and Kirsty MacColl’s iconic Fairytale of New York on 2FM. But if we’d an antidote to Cliff Richard, it wasn’t to last.

The non-shed variety had yet to be invented in the ‘80s, and Christmas tree lights in said era were so warm to the touch you could burn the prints from your fingertips if you weren’t careful. And by January 4 you were almost disappointed if the fairy lights hadn’t burned off every tree bristle.

There were always two mass movements of people over the Christmas holidays beyond going to church — the first to Leopardstown racecourse on St Stephen’s Day, where the bracingly cold weather sent your body into spasm after two days by the fire.

And civilised as that afternoon was, it was a migration at odds with the second exodus to Dublin on New Year’s Eve. Through the ‘90s, scores of students made for the Point Depot in a fleet of Fennell’s coaches.

If you were at the Saw Doctors or the Prodigy, then you know that to say any more would be to stray into dangerous territory.

It was part of the lexicon on all things BBC, but then, like now, I still don’t understand why it’s so named.

Undoubtedly, the most demanding brief over a Christmas period utterly dominated by the television had to be that of the RTE programme scheduler.

Whoever it was, they’d the unenviable responsibility of picking the evening movie on RTE 1 on December 25.

Remember, before Netflix, You Tube, video and DVD, the Christmas night movie was the national moment of home entertainment and part of the national conversation the following day.

That it had to be suitable for all audiences was another head-scratcher for the scheduler.

And, looking back now, we were just too young and too into movies built on madness and mayhem to fully appreciate My Left Foot.

Only Fools and Horses from the land of the BBC

The Trip to Margate, To Hull and Back, Miami Twice — on and on go the episodes which are still running on loop on UK GOLD. They might have been transmitting from the land of Boxing Day, but the BBC often stopped a nation in the land of St Stephen’s Day.

Fired into your garden off the back of a flatbed Hedderman’s lorry — along with a bag of Polish coal — before the ubiquity of Christmas tree stands, trying to get your newly delivered arrival as close as you could to vertical must have thrown many other houses into crisis too.

I can’t remember the year they started doing this in the old Superquinn in Naas, but everyone was on about it in a way previous generations were driven to hysteria by the sliced pan.

Raiders of the Archive

In fairness to the RTE scheduler, he or she always had Indiana Jones as a get out of jail card, knowing full well that the audience never wearied of its playing.

It must have been a sign of things to come that the Catholic Church could be coerced by the proletariat into putting on a Christmas Day mass that started and ended before closing time on, erm, Christmas Eve.

Read also:  Memories of a magical childhood Christmas in Rathangan

The old non-draught version, I mean.

I just couldn’t understand, when pouring a can for visitors, how I could never make it look like the ones down the pub.

Years later, I’d acquire a temporary taste for this ‘Extra Stout’ version when Guinness ran a promotion that entitled you to any Premiership jersey of your choice if you drank and saved the ring tabs from 30 x 500ml cans.

I think I still have that Newcastle Utd jersey somewhere.

The one time of the year every home put down a fire and chimneys smoked up the place like it was Sheffield in the 1950s. Hedderman’s coal lorry again!

Like puppies, many gifts were phenomenal hits over Christmas in the ‘80s and ‘90s, before fading fast.

The Lolo Ball, the Super Soaker — a high-powered water pistol some sadist designed for winter sale time in Ireland — and technical Lego way too advanced for a kid desperately struggling to figure out how to keep the Christmas tree vertical.

Dr Marten Boots, black and ox-blood in colour, the Nintendo Gameboy, the Commodore 64, bikes of all varieties and football jerseys now so old they are back on the retro rack.

Getting your Christmas pint, or not, had the potential to make or ruin your holiday season.

I always went out the door on Christmas Eve excited, but with the chippy attitude that, after spending a decent lump of my wages down the town over the previous 12 months, there was going to be hell to pay if my investment wasn’t recognised.

Nothing had the potential to add to your upset like bumping into a disgustingly self-satisfied punter who’d received not one, but two Christmas pints.