Memories of a magical childhood Christmas in Rathangan 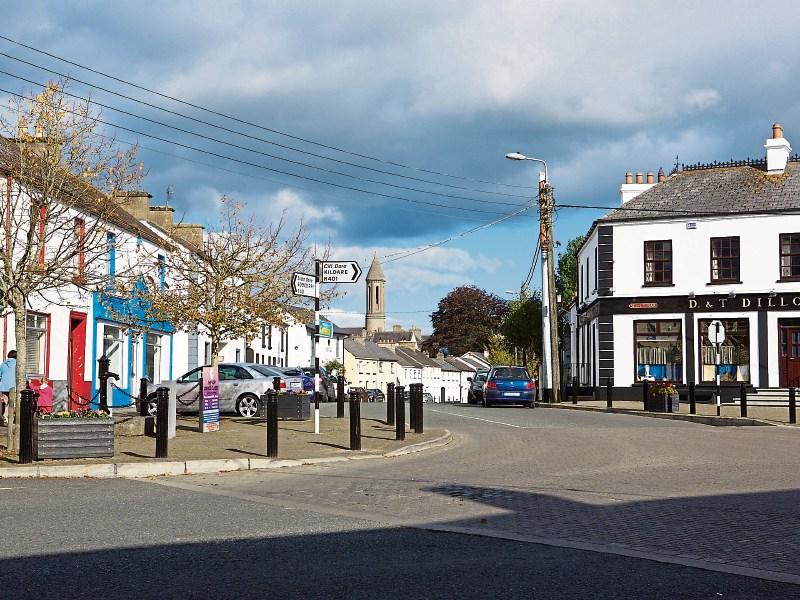 Long before it arrived you knew it was coming, without reference to any calendar.

Double glazed rubber-sealed PVC windows were some way off.

The deal wood window frames of the day were lined with weather-hardened putty.

During the winter months, the elements made short work of these defences and homes awoke to frost on the inside of the windows.

And it’d be best to dress for school in front of the Superser in the kitchen, taking care to avoid a burn from the aluminum frame.

Looking back, the imagery of winter is synonymous with Christmas.

The Grand Canal in Rathangan probably froze over only periodically. However, in the child’s memory it was frozen for much of the season.

Ice formed six inches deep, tempting the more adventurous to ignore warnings to stay off it.

“Ye’ll go under and ye’ll never find the hole you went through to get yourself out.”

The rest were content to try to smash the ice with rocks, watching as the surface fractured and the stones slid away to the far bank.

There were no communal Christmas trees and no public lighting.

Our Christmas tree lighting at home was woefully temper-
amental, and it was only a 50-50 chance that it would work at all when it was connected to the bulb socket.

Christmas puddings and cakes were much more likely to be baked at home than bought, using ingredients stocked in O’Rourke’s, Hackett’s, Paddy Allen’s or Dillon’s.

The items would be entered into the Red Book and paid for at the end of the week.

Yule logs were made in school, not bought.

They were cut from the tree, a hole drilled into the centre for a candle and decorated before being placed in the window as a welcome.

Turkey stuffing was made from batch loaves that were, by necessity, somewhere between fresh and stale — probably baked in Mathews in Portarlington.

They were grated into breadcrumbs with individual ratios of herbs, egg, sage and onion.

No two recipes were the same.

The decorations were also likely to be hand-made and tree baubles often had some family significance.

Everybody sent and received Christmas cards by the dozen and those that came for the kids from relatives often had money inside.

When Santa finally arrived, he brought dolls with hair that grew and he turned Rathangan into a lawless den, with every boy picking up cap guns, rifles, holsters (and cowboy hats long before they became fashionable enough for Bono).

If you werereally good you got a Raleigh Chopper bike.

Liam Forde of Main Street had one and so too did the late David ‘Wally’ Walsh from Sheane.

Toys were less sophisticated and we needed to use our imaginations.

Today’s toys are more unisex and some of these gadgets seem to be controlling the kids rather than the other way around.

Every home had a crib and the baby Jesus was only placed in it on Christmas morning.

The prairie-like car park in front of the church in Rathangan was a cold place walking up to midnight mass on Christmas Eve.

Its its vast expanse was an open invitation to the biting wind.

But there was a thrill to being allowed to stay up so late.

This was a time when the Catholic faith had a strong grip, with a total of three Sunday masses in the town.

And we never knew what lucky little ducks we were that Santa could find all of us in Rathangan before Sat Navs were heard of.

Read also: The ghosts of Christmas past growing up in Kildare