Ancient recipe revealed a lot about drinking habits of the Egyptians 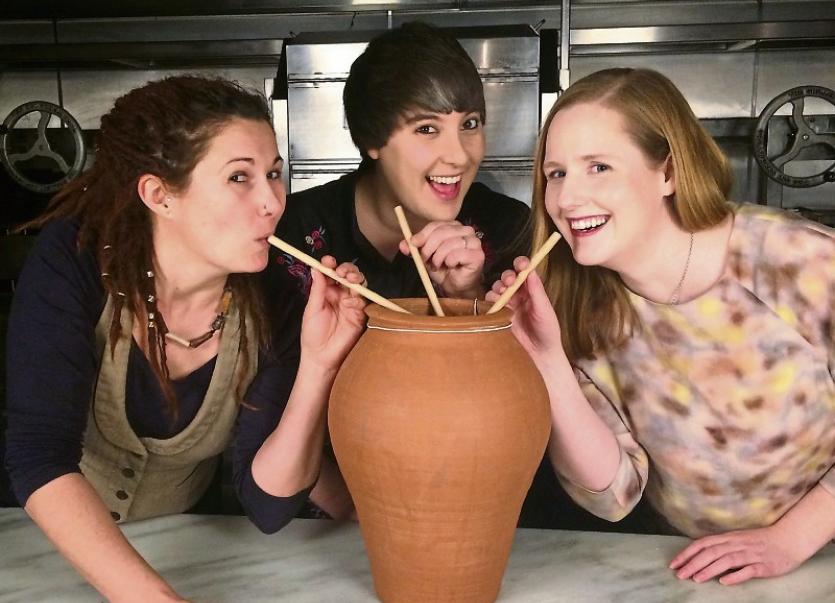 Our columnist Susan Boyle, far right, pictured with brewer Michaela Charles and food historian Tasha Marks sipping on the ancient beer they brewed as part of a British Museum project

Humans have been brewing and drinking beer for a really long time. Archaeological evidence from Iran shows that people were drinking a substance recognisable as beer about 7,000 years ago. This probably means we were drinking beer quite some time before this and that this is just the earliest evidence that remains.

Geneticists believe that our human ancestors may have begun evolving the knack for consuming alcohol about 10 million years ago, and it is this evolution that paved the way for modern beer drinkers.

These early humans had a competitive advantage as they could access a valuable source of nutrition.

The fermentation process is also preservative, so these early humans that could consume fermented foods and beverages has access to a source of nutrition that people who did not possess the ability did not have.

Fermentation was something that was happened upon by early mankind. It was happening long before humans discovered it, but when early humans realised the benefits of fermented products they integrated them into their diets and began cultivating grains to ensure a supply of grain for their primitive brews.

We know that beer was an integral part of the early human diet and some of the most sophisticated historical beer lovers were the ancient Egyptians.

Artefacts relating to their beer drinking exist from around 5,000 years ago.

Their tombs were filled with beer fermenting and storage vessels, beer drinking straws, goblets, the ingredients needed to brew and even small-scale models of breweries.

In case the entombed arrived parched in the afterlife, it was believed these miniature breweries would grow full size and crack on with the task of brewing.

Unlike some other ancient cultures, the civilised ancient Egyptians refrained from burying the actual brewers in the tombs with their royalty.

READ ALSO: Gin and Tonic festival kicking off in Kildare next week

The ancient Egyptians wrote details about their beer on clay tablets, they sang hymns to their God about beer and the workers who built the pyramids at Giza received a ration of over 10 pints a day of delicious beer.

And we know now know the beer was delicious, because, recently, I (Susan) worked on a project with the British Museum to rebrew an ancient Egyptian beer.

During the project, huge efforts were made to keep as faithfully as possible to the method and ingredients that would have been common place 5,000 years ago.

I worked with a team from the museum — a brewer, Michaels Charles, and a food historian, Tasha Marks — so this project had a full panel of people striving to make this beer as accurate as possible.

Every choice and every decision was carefully considered and backed up by evidence either from the museum’s collection or from documented archaeological evidence.

It was remarkable to see the process first hand, which was quite different to modern brewing but nonetheless resulted in a remarkable and very drinkable final beer.

Looking at the past and learning about what our ancestors were eating and drinking thousands of years ago is an incredibly rewarding experience. It is remarkable that through well researched, practical experimentation, we can physically taste a piece of history.

See the video below of brewing the ancient beer!

Both sisters are proud to be fifth-generation publicans. Their family business is Boyle’s bar and off-licence in Kildare town