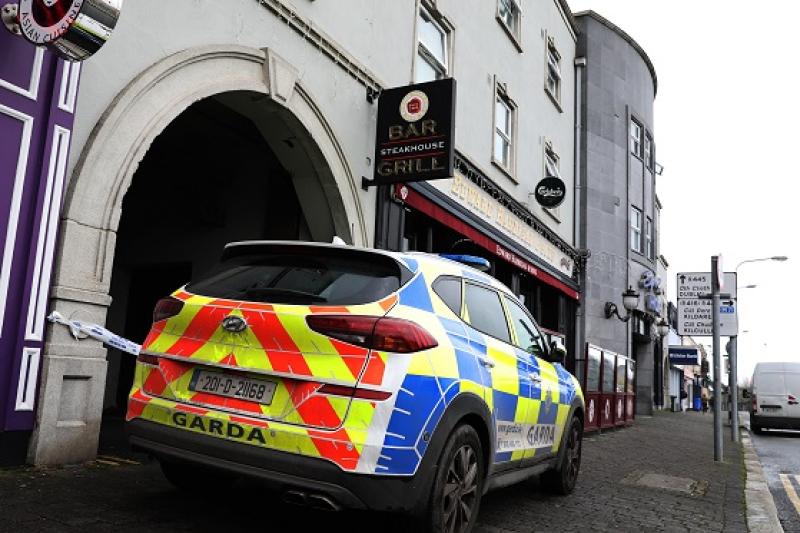 Gardai at the scene in Thomas Street, which is beside the Eyre Powell Hotel off Newbridge's Main Street. Pictures: Aishling Conway

Shortly after 8pm Gardaí were alerted by Emergency Services following the discovery of a female pedestrian (40s) with serious injuries on Thomas Street, beside the Eyre Powell Hotel and Harrigan's pub, off Newbridge's Main Street. It's understood the woman was struck by a vehicle. 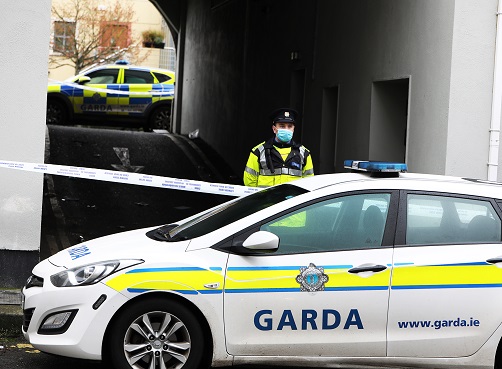 Gardai at the scene at Thomas Street in Newbridge this morning

The injured woman was taken by ambulance to Naas General Hospital where she was pronounced dead a short time later.

The local Coroner has since been notified and a post-mortem examination has been arranged.  The scene is preserved for a full forensic and technical examination by Garda Forensic Collision investigators. Local traffic diversions are in place.

The outcome of a post-mortem will determine the course of the Garda investigation.
Anyone who may have witnessed this incident or with camera footage (including dash cam) from the area at the time is asked to contact investigating Gardaí.