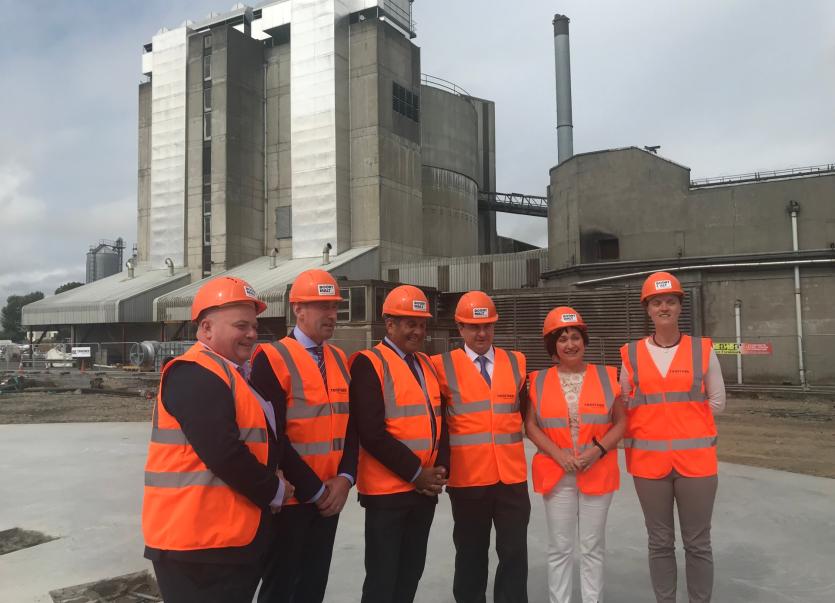 Local malt manufacturers Boortmalt, is expanding it's manufacturing plant The Maltings in Athy with a completion date of January 2020.

The company invited a host of local councillors and TDs to the plant on Wednesday to inspect at first hand the expansion which is currently under construction. The expansion will see the plant increase its output by 40 percent from 100,000 tonnes to 140,000 tonnes to meet the demand for malt for brewers of beer, Guinness and whiskey.

Since 1847, the Maltings has been operating in Athy providing employment for generations of the local community.

According to a company spokesperson Boortmalt’s expansion of the site in Athy is greatly welcomed for the economy of the town, surrounding area and the sector in general. The expansion will sustain, for future generations,  the malt barley growing industry in Ireland. This will also have a direct and indirect positive impact on the local economy.

Speaking about the expansion, Group Operations Officer at Boortmalt, Peter Nallen, said, “We are delighted to confirm the expansion at Boortmalt is now underway. Our ambition at Boortmalt, in conjunction with Teagasc, is to make malting barley the number one most profitable cereal in Ireland, and this development at The Maltings in Athy will support malting barley growers for future generations to produce fully traceable Irish grain to the highest standards for all our distilling and brewing customers in Ireland.”

“We have proudly created a fully integrated world class (SAI accredited) supply chain for the production of  local Irish malting barley, producing Irish malt and supplying Irish breweries and distilleries. We look forward to the expansion and with the ongoing support of our Irish customers we intend to continue to support Irish farming and in particular our malting barley growers in Ireland,” he added.

SEE ALSO: Take a look at today's weather in Kildare