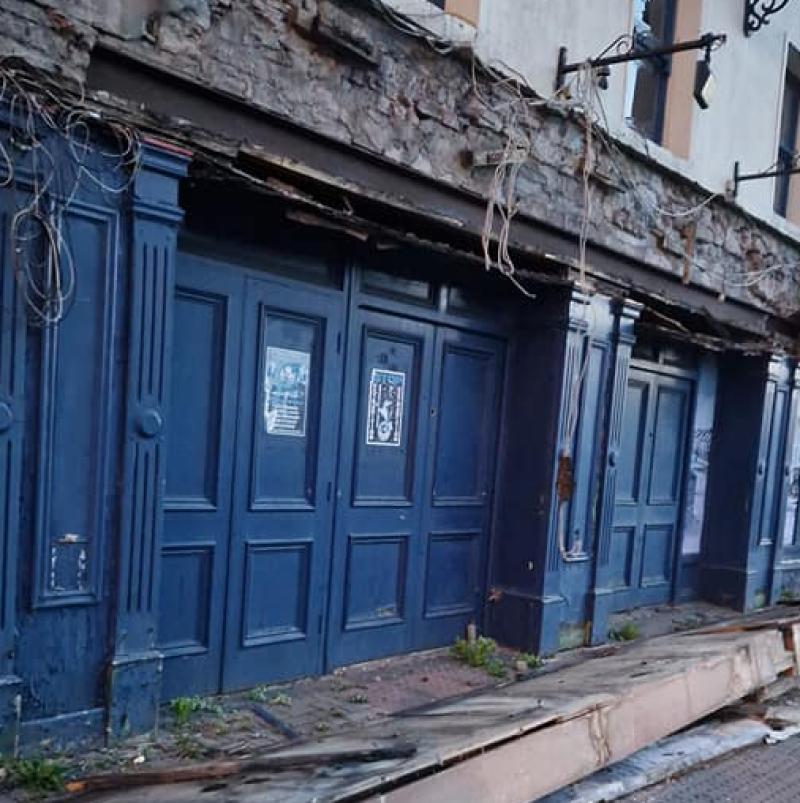 The site was formerly known as The Keg. Pic: Cllr Chris Pender, Facebook

Part of a shopfront located on the Main Street of Newbridge collapsed onto the street.

The incident occurred at a site which used to be a pub known as The Keg, located between Long's Pharmacy and Johnson's pub.

The exact reason behind the collapse of the shopfront is unclear at this time.

Local Social Democrats councillor Chris Pender said that he has been in contact with Kildare County Council, who have since cordoned off the area. 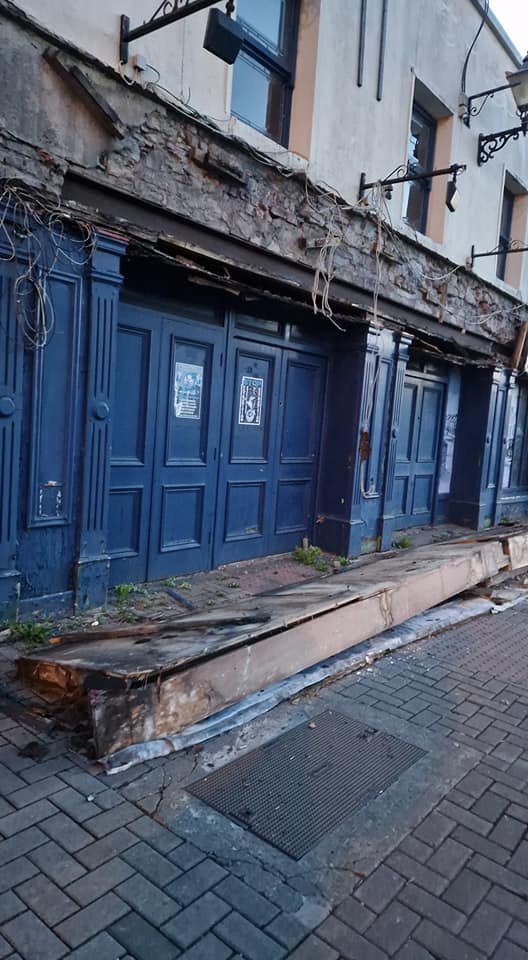 He also revealed that he has been in correspondence with the site's owner, who confirmed to him that they are hoping to have contractors on site as soon as possible, 'pending availability', to remove and tidy up the remainder of the shop front.

Fianna Fáil Senator Fiona O' Loughlin, whose office is located just a few yards away from the area, also commented on the incident.

She said: "The government has allocated significant funding under our rural future to enhance streetscapes and shopfronts in rural towns and villages.

"In light of the recent issue with the old Keg pub, I would really encourage people to consider funding such as this when they come about. We need to ensure that our streetscapes are safe and pleasant.

Senator O' Loughlin added: "I hope to see this issues resolved quickly, it is an eyesore on main street at present and we need to respect the hard work done by local groups such as the tidy towns and ensure that this building does not take away from all their hard work."