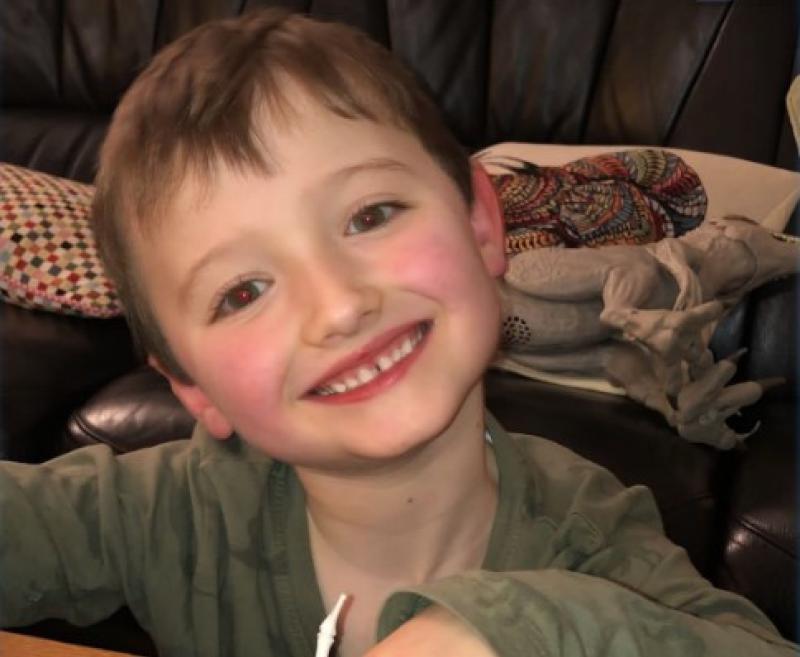 Pic: Concert for Bobby via Eventbrite

An online fundraiser has been launched to help secure life-changing surgery for a seven-year-old Kildare boy.

A concert has also been planned to raise funds for Bobby, who is from Naas.

He is currently unable to walk unaided and uses a walker or wheelchair for mobility.

The concert will be held to raise funds for Bobby, which will be attended by a number of special guests, including Irish tenor Patrick Hyland.

The concert will take place on August 6 in Naas CBS at 8pm. 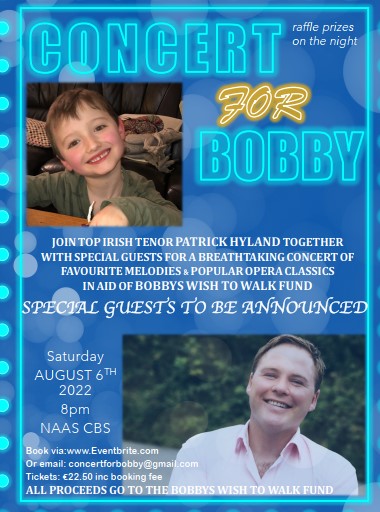 Organisers behind the fundraiser said that Bobby has been accepted to St Louis Children's Hospital in the US for Selective Dorsal Rhizotomy (SDR).

Every donation will pay for surgery, travel & ongoing rehab before and after the procedure, according to the organisers.

They said: "This is an operation used to reduce spasticity (muscle stiffness) in some children with Cerebral Palsy; Spasticity has an impact on motor function and quality of life.

"It can affect gait, cause pain and contribute to muscle contractures which can lead to deformities.

"Nerve fibres running from the muscles to the spinal cord play a major role in maintaining the typical muscle stiffness seen in spasticity."

The organisers continued: "SDR is a surgical procedure performed on these spinal nerve fibres to reduce levels of spasticity in the legs.

"This procedure is currently not available in Ireland, therefore America is the best place to go in order to give Bobby every opportunity to walk unaided in the future."

The GoFundMe for Bobby can be found here.