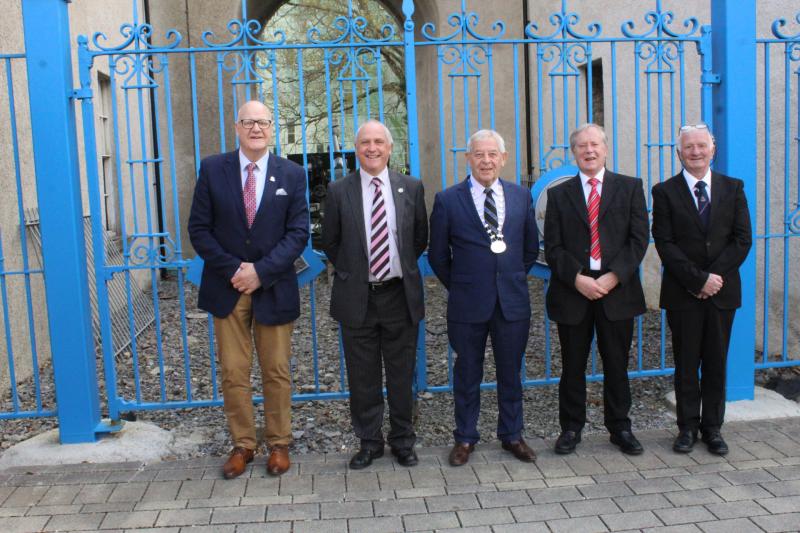 Almost 2,000 young people walked through the gates of the Army Apprentice School during its 42 years at Devoy Barracks, Naas.

Now, after 24 years of sitting in storage, these iconic gates have been brought back to life and are installed at the grounds of Kildare County Council.

Over 500 people turned out for the official hand over of this piece of history at Aras Chill Dara, last Wednesday, May 4 with people traveling from as far away as Canada, Switzerland, Coventry, and London.

“It surpassed all our expectations,” said Jim Brady of the Devoy Gates Restoration Committee.

“It was fantastic. We have been working on the project for four years and it was delayed with Covid but one of the mottos of the Defence Forces is ‘planning and preparation prevents poor performance’ and that worked out to be the case. We were over the moon.”

The event was organised by the Devoy Gates Restoration Committee, a group of former members of the Army Apprentice School and others who served within Devoy Barracks.

The Army Apprentice School opened in October 1956 and vacated Devoy Barracks in September 1998 before it was shut down permanently six weeks later. 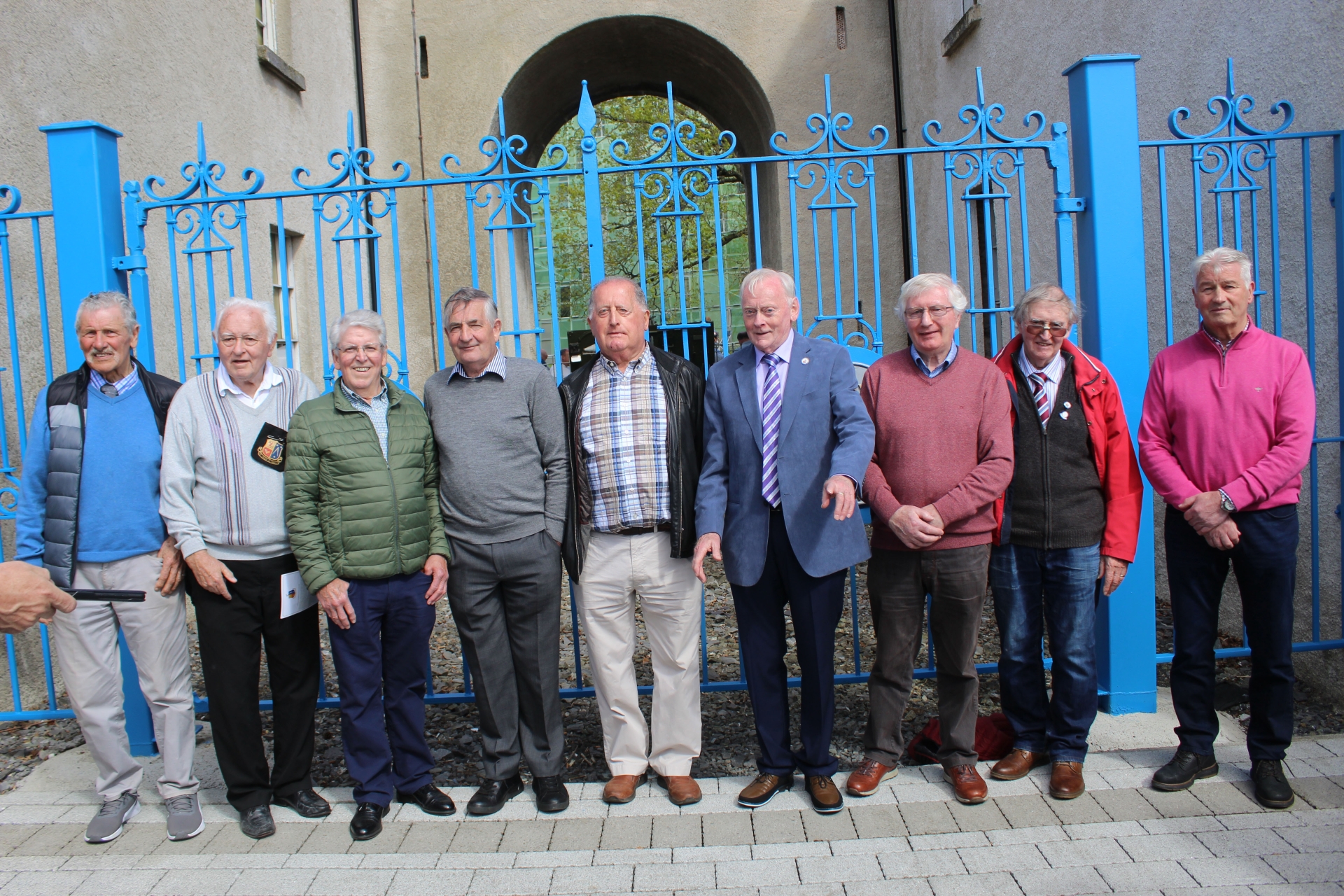 Former members of the apprentice school at the ceremony

The building was subsequently knocked down. The civic offices were built and the gates were in storage at Kildare County Council. The committee employed Alan Donoghue to sandblast the gates and repair any weak spots in the structure.

Mr Brady explained that Mr Donohoe also had to extend the gates with the same pattern to fit the opening. The gates’ crests, which were on display in the Curragh Museum, have been secured on permanent loan and been reattached to the bars, which are now painted the original traditional blue.

The gates were formally handed over to the Mayor of Kildare, Naoise Ó Cearúil by Cllr Michael Coleman, who is a past graduate of the Apprentice School, having served for 43 years in the Defence Forces.

Jim praised Kildare County Council Acting CEO, Sonya Kavanagh for her support and he also thanked the Defence Forces for their help on the project as well as the staff from the Curragh Museum.

A presentation was made to Eamon Moore, the designer of the crest and logo back in 1957/58. The band of the Western Command under the baton of Captain Tom Kelly provided the entertainment.

Two retired GOCs, Noel Bergin and Colm Mangan, who both served at the apprentice school, were also in attendance.